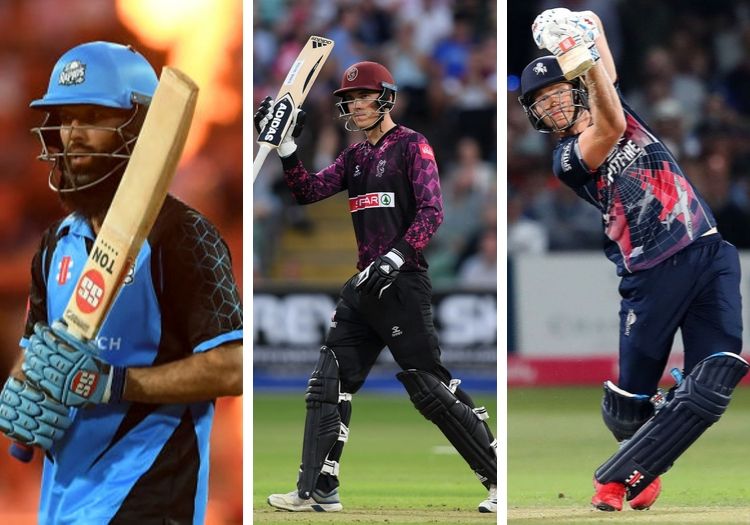 England's young breed have dominated the draft for the T10 League in Abu Dhabi.

Somerset star Tom Banton's move to Qalanders - who also recruited Sussex pair Chris Jordan and Phil Salt - was among the stand-out moves of the recruitment process.

Bayliss' side also went for Pakistan left-armer Mohammad Amir as the No.1 draft pick, and added Sri Lanka's Niroshan Dickwella later on.

“It is a pleasure to be able to work with this fresh and motivated team in this unique format of cricket," said Bayliss, who left his role with England last month. "T10 cricket is big, and it’s bold, but it also requires a certain style of player and capability.

"It tests players’ tactical talent and skills at the very highest level. I’m very much looking forward to working closely with the players to achieve some great results and hopefully claim the Abu Dhabi T10 title for the UAE.”

The Aussie will go up against a Maratha Arabians side led by former ECB colleague Andy Flower, who selected Yorkshire's Adam Lyth and Afghanistan duo Hazratullah Zazai and Najibullah Zadran.

The Mushtaq Ahmed-led Deccan Gladiators selected Kieron Pollard, despite him not being available for the whole of the competition, alongside English duo Tymal Mills and Mason Crane.

Eoin Morgan had already been named as the icon player of Delhi Bulls, coached by New Zealander Stephen Fleming, and will be joined by fellow England World Cup winner Adil Rashid.

Ross Whiteley of Worcestershire and Northamptonshire's Richard Gleeson were drafted by the Tuskers and Abu Dhabi respectively during a frenetic evening in Abu Dhabi.

Issues with technology and on-stage procrastination ensured the draft lasted upwards of four hours, having already suffered from an earlier unspecified delay.

Many teams abandoned the tablets they had been provided with to make their picks during the latter stages of the draft, such were the problems, and resorted to barking out their selections down microphones.

The event came just four days before the draft for the inaugural The Hundred competition, the first such process to take place in British sporting history.

The third edition of the T10 League, which has relocated from Sharjah to Abu Dhabi for 2019, runs between November 15 and November 24.