Adil Rashid, Jason Roy, Chris Jordan, Reece Topley, Samit Patel, Tom Banton, Tom Kohler-Cadmore, Chris Benjamin and Will Smeed have also been picked up for the 10-over competition, which starts on November 19 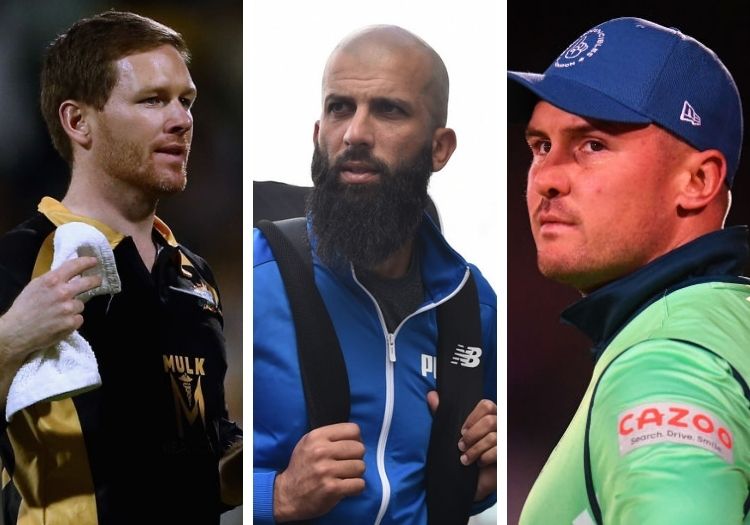 Moeen Ali and Eoin Morgan were among the first picks at the Abu Dhabi T10 League player draft for the 2021-22 season, as the six franchises built their squads ahead of the competition’s fifth season.

England’s white-ball captain Morgan was drafted by the Delhi Bulls, in a move that will see him link up with England teammates Adil Rashid and Jason Roy, while Ali joins the likes of Chris Jordan, Reece Topley and Samit Patel at Northern Warriors.

At the other end of the age spectrum, 46-year-old Shahid Afridi secured a move to Bangla Tigers, while former India international Yusuf Pathan sealed a deal with Maratha Arabians despite having announced his retirement from all cricket earlier in the year.

Gloucestershire and Birmingham Phoenix all-rounder Benny Howell returns to the T10 League after being drafted by Bangla Tigers, as was Surrey and Oval Invincibles opener Will Jacks. The latter made waves worldwide after making a 25-ball century in a pre-season T10 game for Surrey and will turn out for the Tigers after having previously appeared for Delhi Bulls.

Paul Farbrace, who was recently announced as head coach of Team Abu Dhabi, told the BBC that he feels the T10 is now “one of the leading short-form tournaments in the game”.

"Many of the world's best players take part each year and this is a great opportunity to work closely with them”, he continued.

"Gaining insight into how the players approach such an explosive competition is going to be fascinating and hopefully there will be many learnings from this competition that I can bring back to Edgbaston to support our development as a T20 team."

The Abu Dhabi T10 league begins on November 19 at the Sheikh Zayed Stadium, concluding on December 4, making it the longest edition of the tournament in its history.

Which channel is the T10 League on in my country?

Where can I stream the T10 League?