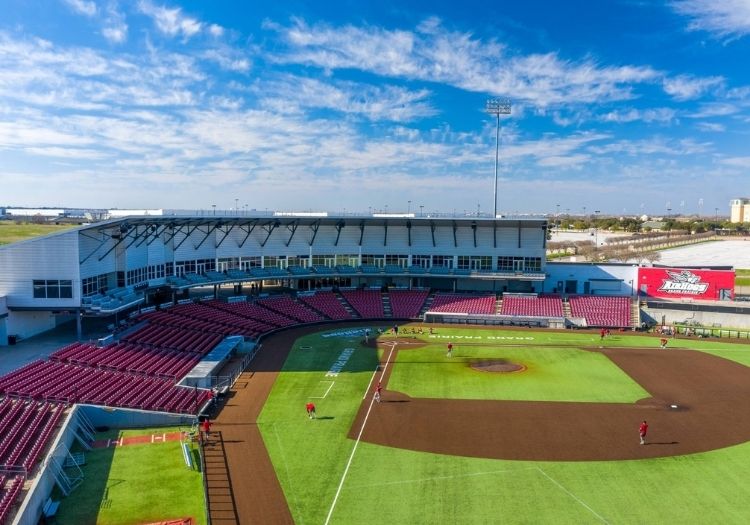 Major League Cricket has received approval from the city of Grand Prairie to begin redevelopment of the AirHogs Stadium as the organisation's first major cricket stadium in the United States.

The 5,400-seater AirHogs Stadium was one of the best facilities in Minor League Baseball during its previous life as home of the Texas AirHogs.

American Cricket Enterprises, the parent company of Major League Cricket, along with USA Cricket has tasked the internationally renowned design firm HKS to repurpose what promises to be a world-class stadium for cricket in the United States.

Redevelopment is due to start in 2021 before the stadium plays host to the Texas franchise in the inaugural edition of Major League Cricket (the USA's first high-profile T20 tournament) which is set for 2022. The stadium will also provide a base for the USA's national cricket teams and feature a premier high-performance centre.

“Grand Prairie’s centralized location in the US and the thriving Texas cricketing community, allied with the quality of the facility, made it the perfect site for us and we are certain that this is the beginning of a fruitful long-term partnership with the City that will bring much success.”

Grand Prairie is said to be an ideal location for a premier cricket stadium in Texas, with its strong cricket fan base and demographics in surrounding areas as well as having a favourable time zone for broadcasting in major international cricket markets.

The venue will also be a centrepiece of USA Cricket’s efforts to bring major international events to the United States, including regional ICC World Cup and T20 World Cup Qualifiers for Men and Women, Cricket World Cup League 2 matches and international series' against local rivals Canada and West Indies.

The stadium will also be a featured aspect of USA Cricket’s efforts to bring the ICC T20 World Cup and other major events to the United States by 2031, in a process that is ongoing as part of a joint bid with Cricket West Indies.

“We are very excited about this opportunity to bring cricket to Texas by converting our Minor League Baseball stadium,” said Grand Prairie mayor Ron Jensen.

“Cricket is the second most popular sport in the world behind soccer, with a large and growing audience in the states. We look forward to an exciting future with our partners.”