Trevor Griffin's side get their campaign underway against Western Storm 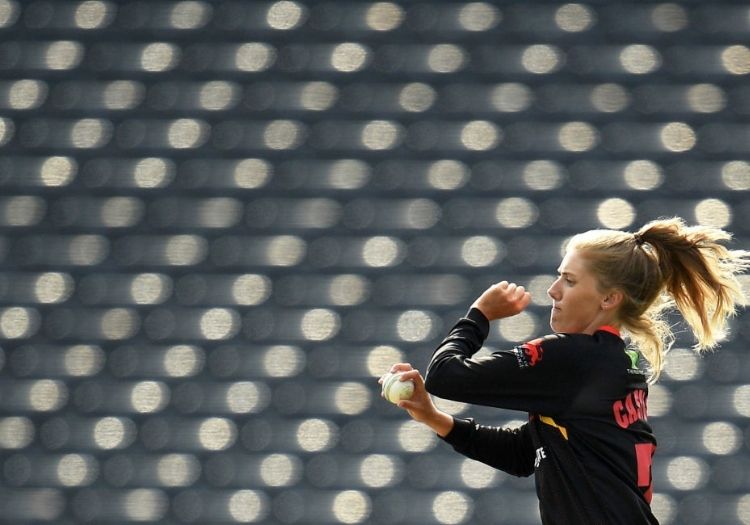 Sunrisers have appointed Kelly Castle as their new captain for the upcoming Charlotte Edwards Cup campaign.

Castle, 23, is one of five full-time professionals on Sunrisers’ books and has been Essex skipper since 2018. She will take the reins after impressing for Sunrisers this season in the 50-over Rachael Heyhoe Flint Trophy.

She has snared six wickets at 15.50, including a three-wicket haul at home to South East Stars in the opening game of the tournament, and also hit her maiden List A fifty against Lightning in Loughborough.

"I’m really excited to be given the opportunity to captain this team in a new format,” said Castle. "I’m looking forward to the challenge and for the team to showcase their skills in a completely new competition."

"Kelly is a dedicated, passionate player who has a great connection with everyone in the squad," added Sunrisers head coach Trevor Griffin. "As captain, she now has a great opportunity to lead from the front and inspire confidence to help the team perform at their best.

"I’m really looking forward to helping her develop her leadership skills and all that the role encompasses."

The Charlotte Edwards Cup is a newly-created regional Twenty20 tournament named in honour of the former England captain. Sunrisers begin their campaign tomorrow, with a trip to Taunton to face Western Storm.