The loss in Mount Maunganui included scores of two and 11 for the skipper, whose average since assuming the Test leadership has dipped below 40 for the first time 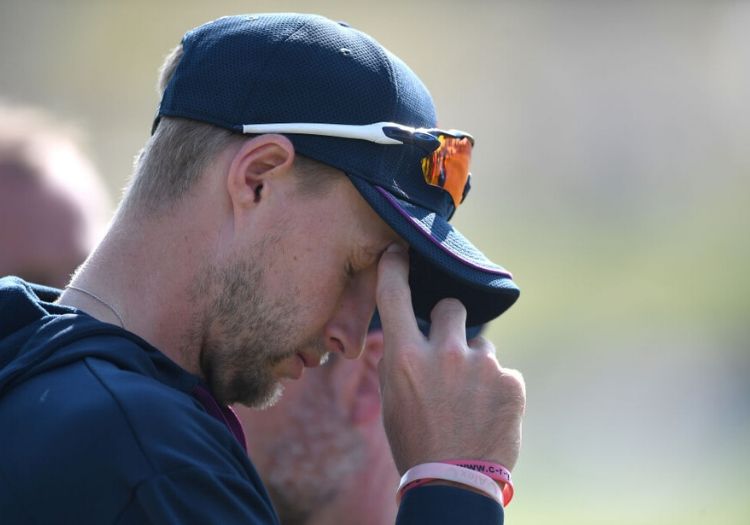 England Test captain Joe Root insists he is not feeling the pressure despite New Zealand inflicting another damaging defeat during his tenure.

The Kiwis romped to victory by an innings and 65 runs after bowling the tourists out for just 197 on day five of the first Test at Bay Oval.

Root, who failed to inspire England to reclaim the Ashes in the summer, has now lost 14 of his 34 Tests as skipper since being installed as Sir Alastair Cook's successor in 2017.

Furthermore, after recording scores of two and 11 in Mount Maunganui his average since assuming the leadership has dipped below 40 for the first time. That period includes just five centuries, 18 fifties and five ducks.

"That is an easy thing to look at," Root told Test Match Special when asked about his batting return. "Sometimes players go through phases of their career where they're not as consistent or make the score that they would like.

"That seems to marry up that I've taken on the captaincy and it wouldn't even be a question if it was the start of a different phase of my career. I'm not too worried about it. It is obviously frustrating and in this game I found two dreadful ways to get out but I am not far away."

He added: "It seems to me that you think I am under pressure. It is a challenge out here, we found ourselves on a very flat wicket against a good side that will continue to play well and we have to find ways of making inroads on surfaces like this."

Central to England's heavy defeat was their first innings effort which saw them making just 353 on a flat deck, with Rory Burns, Joe Denly and Ben Stokes all recording half-centuries but failing to reach three figures.

The Black Caps made no such errors as BJ Watling's 205 and 126 from Mitchell Santner guided them to 619 for 9 declared.

The visitors were then faced with having to save the game with four sessions to spare, but they lasted just 96.2 overs after putting up a pitiful resistance on a pitch possessing few demons.

“It seems to me that you think I’m under pressure, but no” @root66 on an innings defeat to New Zealand. #bbccricket #NZvENG pic.twitter.com/n0jbR2E2nB

"It's a mentality thing more than a technical thing, so we're trying to harness that early and learn from mistakes like this game. If we can do that, we'll see rapid improvement.

"On a surface that is a little bit two-paced and there's spin, you try and get yourself into your innings first, get accustomed to the conditions and then expand your game. We didn't do that frequently enough.

"In the first innings, we ended up in similar positions at four or five down for a similar score - the difference being that they had a guy get a double hundred and someone support him with a hundred.