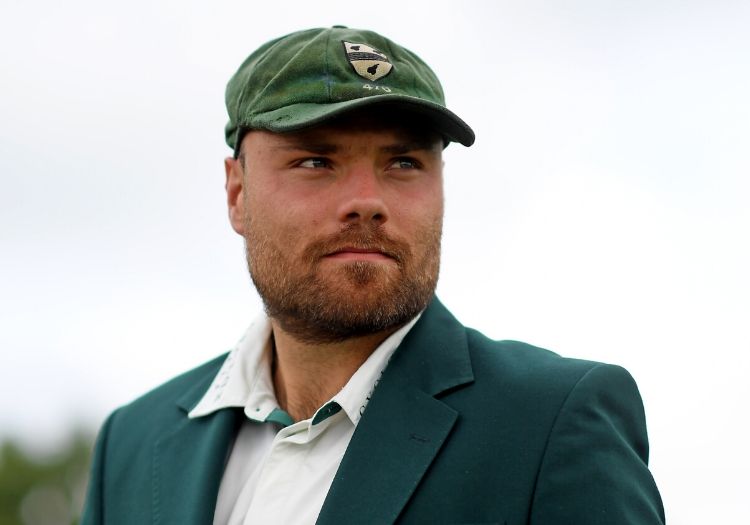 Worcestershire seamer Joe Leach has agreed a two-year contract extension that will keep him at New Road until the end of the 2022 season.

Leach, 29, has featured over 170 times for the county's 1st XI since debuting in 2012, most recently serving the past three seasons as club captain.

Having made his first-class debut for Leeds/Bradford MCCU primarily as a middle-order batsman, Leach has gone on to become integral to the New Road side's bowling attack with 303 wickets at 26.48 apiece.

"It is great to have committed again to Worcestershire. I've loved my time here and I absolutely love playing for the club," Leach commented.

"This period will take in the years 29 to 32 and this is the peak (time) I suppose for what you expect. I'm really excited for what the next few years have to bring.

"Hopefully this three-year contract period can be very successful for the team and myself and we continue the white ball success for a prolonged period, build on it with the red ball and become established in Division One. That is the aim."

Leach had previously signed a three-year deal with the club after leading the side to the Division Two trophy in his first full season at the helm.

After a back injury in June prematurely ended his 2018 season, including the entirety of the Rapids' run to the T20 Blast title, Leach claimed 41 County Championship victims in 2019 as the club finished ninth in Division Two.

Following the signings of opening batsmen Jake Libby and Hamish Rutherford for the 2020 campaign, Worcestershire are set to open their season with a visit to Middlesex starting April 12, before welcoming Sussex to New Road for their home opener two weeks later.