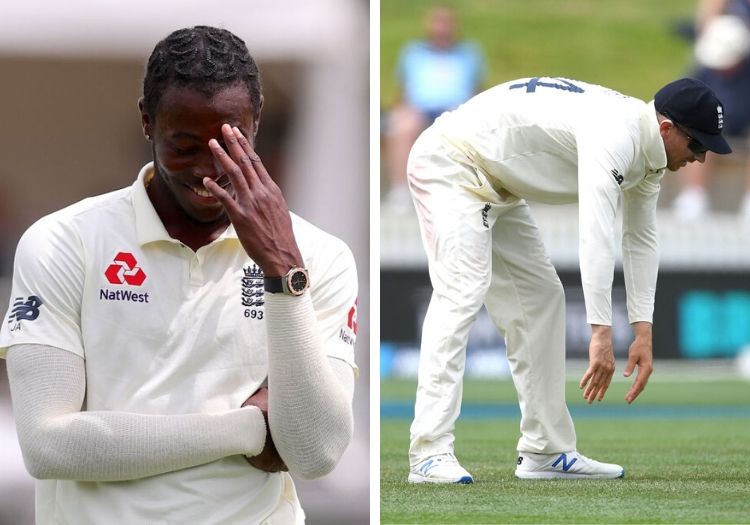 Just when England thought they had tried everything, Jofra Archer believed he had finally dismissed Kane Williamson.

The 33-year-old – a fine fielder, it should be said – inexplicably put down the opportunity. Archer, meanwhile, was mid-celebration.

Arms aloft, he was running through to celebrate with his captain, Joe Root, in the slip cordon, before turning around in disbelief.

Don't really know how to describe this.

Williamson had already been given one life on the final day, after gloving Ben Stokes behind to Ollie Pope, who failed to hold on to a fairly regulation chance.

Criticism of Pope’s glovework, though, is tempered by the fact that he is by no means a regular wicketkeeper and has been thrust into the role in the injury absence of Jos Buttler.

The reactions of England’s players to Denly’s drop, however, were priceless. Stuart Broad immediately covered his face, while Archer could only laugh and Ben Stokes looked away to hide his expression. Even Williamson himself looked almost gobsmacked.

The moment brought back memories of Mike Gatting’s drop catch of Kiran More when England took on India in 1993.