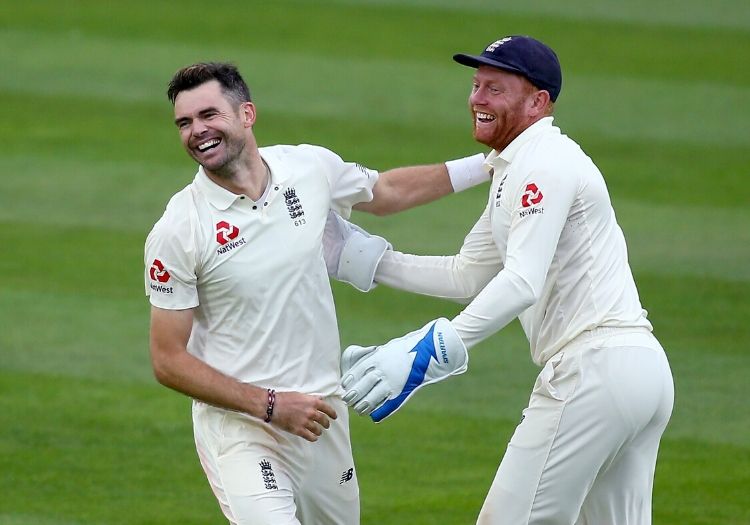 England have named a 17-man squad for their upcoming Test series in South Africa, with Jonny Bairstow earning a recall alongside the returning James Anderson and Mark Wood.

Wicketkeeper Bairstow comes back into the side after being dropped ahead of England's 1-0 series loss in New Zealand earlier this month. Selectors had faced criticism for not taking a specialist gloveman in reserve for that tour, with Surrey youngster Ollie Pope forced to cover after Jos Buttler suffered a back spasm ahead of the drawn Test in Hamilton.

Meanwhile, Anderson and Wood both after being sidelined with injury for the latter half of the home summer, with selectors naming 17 rather than 16 players to ensure they have cover should fitness issues return.

Anderson, England's leading wicket-taker in Test history, picked up a calf injury during a County Championship match in June. After being named to the England XI for the opening Ashes Test at Edgbaston, he managed just four overs before coming off the field with a recurrence of the injury, leading him to be rested from the remainder of the series and the two-Test tour of New Zealand to allow for an extended period of rehabilitation.

Durham quick Wood last played competitive cricket during England's World Cup final victory at Lord's in July, and has been working alongside England staff and Anderson at a specialist pace bowling camp in Cape Town in preparation for this series.

Lancashire seamer Saqib Mahmood is the only player left out from the Test squad that toured New Zealand, making way for Anderson and Wood.

Legspinner Matt Parkinson, who made his senior international debut during a T20 series in New Zealand but did not feature in either Test match, remains with the squad as the only uncapped player, with Moeen Ali again unavailable for selection.

National selector Ed Smith commented: "With James Anderson and Mark Wood returning to the squad, Saqib Mahmood is the unfortunate player to miss out.

"With that in mind, and given the extended period that James and Mark have had on the sidelines due to injury, it was sensible to have a 17-man squad.

"Jonny Bairstow returns to the England squad after missing out on the New Zealand tour. Jonny, Mark and James are already in South Africa on a training camp ahead of the Test tour."