Find out team news, TV and streaming information, odds, weather forecasts and much, much more ahead of the next game of the 2021 Indian Premier League season 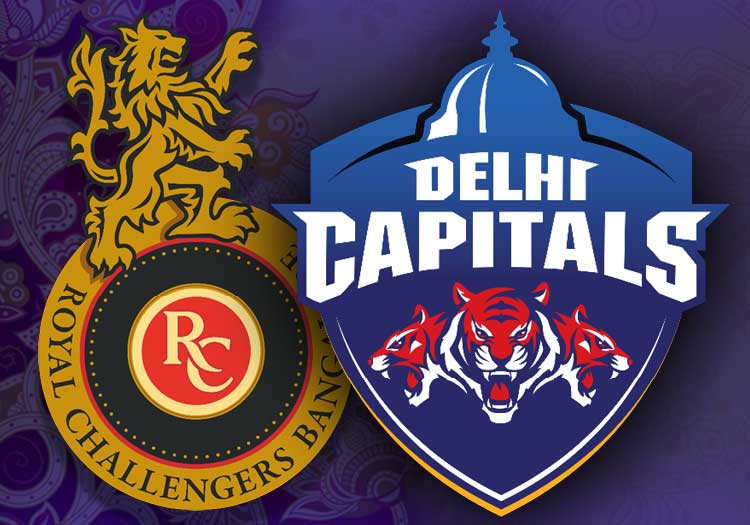 The two sides will meet at the Dubai International Stadium.

Royal Challengers Bangalore have already sealed their spot in the knockout stages, with eight wins and 16 points to their name. They do, however, come into the fixture on the back of an incredibly disappointing defeat to tournament whipping boys Sunrisers Hyderabad.

The economical bowling of youngster Umran Malik and the evergreen Bhuvneshwar Kumar choked RCB, with Devdutt Padikkal in particular looking half the player the world knows he can be. Virat Kohli’s side will be desperate to turn things around after last time.

Delhi Capitals, meanwhile, have been the team to beat before and after the restart. Ricky Ponting’s men have only lost three games in the 2021 edition, and are sitting pretty in first place with 20 points.

Like their opponents, they’ve already confirmed a place in the knockout stages, and are now focused on securing a place in the top two, a feat that would ensure they get two opportunities to reach the final for the second consecutive season.

Dafabet have RCB as the favourites to win this match, offering odds of 4/5. Delhi Capitals are available at even money.

Glenn Maxwell has been instrumental in RCB’s success this season. On tired, slow pitches, the all-rounder has dominated with the bat, demonstrating the vitality of 360-degree spin-hitters in the modern game.

He has reached 40 in all of his last four matches, and taken home the player of the match award in two of those. The Australian’s dazzling array of sweeps, reverse hits and paddles have stood him in great stead since the restart, and there’s no reason why he can’t fire RCB to victory again against the Capitals.

For Delhi, Anrich Nortje has quietly been the stand-out performer. The South African has picked up a wicket in every game in the UAE, and has only conceded more than 20 runs on one occasion.

Without fanfare, he has become one of the most successful seamers in the tournament, with his extreme pace and ability to hit the deck hard causing all sorts of problems for batters. Alongside Avesh Patel and compatriot Kagiso Rabada, the Capitals’ seam attack is fearsome.

RCB are still struggling to get the most out of their eight overseas players. Maxwell and De Villiers are locks, but Dan Christian’s use as a No.3 has not born fruit, while young Englishman George Garton has been expensive with the ball. They may consider the likes of Tim David or Wanindu Hasaranga as replacements, with Kiwi Kyle Jamieson also a possibility.

For the Capitals, they will likely go unchanged from the win over CSK. This will mean they line up with only three overseas players, after leaving Australia’s Steve Smith out as a result of poor form. Ripal Patel was the beneficiary last time around and will likely keep his place.

The two teams have played each other 26 times.

Daytime temperatures are expected to hit around 32 degrees Celsius in Dubai when the game gets under way.

RCB should just about have the edge here.