Find out team news, TV and streaming information, odds, head-to-head record, weather forecast and much, much more ahead of the 22nd game of the new Indian Premier League season 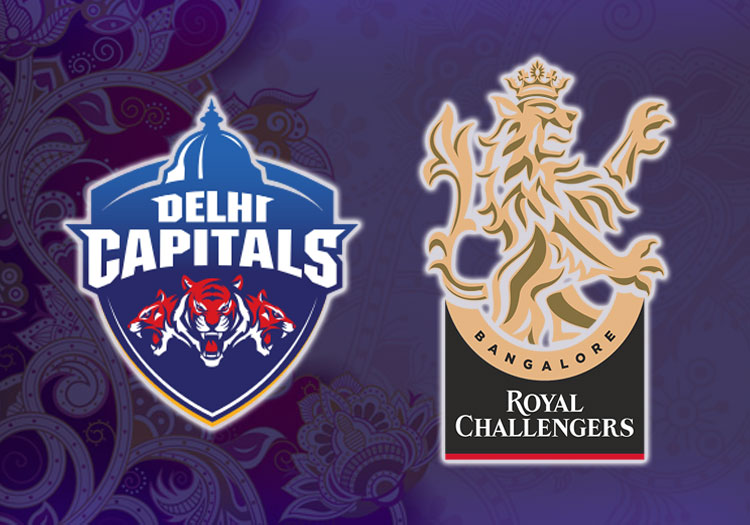 Delhi Capitals take on Royal Challengers Bangalore in the 22nd match of the 2021 IPL.

Delhi Capitals have now won three on the bounce after their super over success over Sunrisers Hyderabad.

Both sides made 159 from their 20 overs before Axar Patel won the battle of the spinners against Rashid Khan, as DC chased down the eight they needed for victory with ease.

Earlier in the day, RCB had seen their four-match winning run to start the competition ended by Chennai Super Kings in a battle between two of the contenders for the title.

Ravindra Jadeja produced perhaps the performance of the competition so far, hitting an unbeaten 62, taking 3 for 13 from his four-over allocation and also ran out Dan Christian with a direct hit.

Dafabet can't separate the two sides ahead of this clash and are offering odds of 10/11 for either side to come out on top.

There is daylight between the pair in the six-hitting market, with RCB favourites to strike the most maximums at 17/20. DC are meanwhile 13/10.

RCB are also tipped to score the most powerplay runs at 3/4, with Capitals rated at 6/5.

Down two overseas players, there will be more pressure on RCB's foreign imports to perform. Dan Christian looked like a sound addition for 4.8 crore in the auction but has failed to fire in any of his three outings. The Aussie has been dismissed for just a single in each match and remains wicketless. He is in danger of losing ground in the men's T20 Player Index where he currently sits in 33rd.

Given his build-up to the competition and that for nearly three weeks he was kept in a medical facility in Mumbai, Axar produced an astonishing display in the win over Sunrisers. After taking 2 for 26 from his allocation, he bowled the super over and restricted SRH to just seven.

Ravichandran Ashwin has withdrawn himself from the IPL bubble to spend time with his family as the Covid-19 pandemic continues to swell in India. He will be unavailable for the foreseeable future for Capitals. Given he would need to quarantine for a week before being permitted to re-join his teammates, it seems unlikely that he will feature again.

RCB have seen Adam Zampa and Kane Richardson, who had only featured once between them, depart the competition for personal reasons. Both players are nervous about re-entry into Australia, given the severity of the situation in India and have taken the decision to take an early leave.

The early evening in Ahmedabad is expected to warm, with temperatures hitting 36 degrees Celcius, while clear skies are also predicted which should lead to a full game.

Capitals have played their way into the tournament and are well placed to take advantage of RCB at their lowest ebb. Last year's runners-up to prevail.