Find out team news, TV and streaming information, odds, head-to-head record, weather forecast and much, much more ahead of the penultimate game of the Indian Premier League season 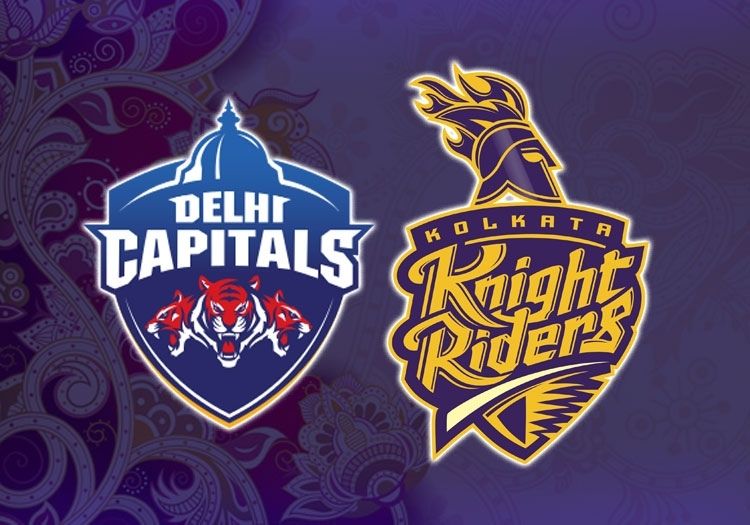 Delhi Capitals take on Kolkata Knight Riders in Qualifier 2 of the 2021 IPL.

The Sharjah Cricket Stadium in Sharjah is hosting the game.

The penultimate match of an IPL which has refused to end sees Delhi Capitals and Kolkata Knight Riders face-off for the last place in Friday's final.

Chennai Super Kings await in Dubai, after defeating in Capitals in the battle of the top two in Qualifier 1.

KKR meanwhile have taken the scenic route to this stage, often balancing perilously on the tightrope of elimination.

They started the resumption with two wins from seven and their playoff hopes in tatters.

Three victories from their final four matches saw them progress on net run-rate ahead of reigning champions Mumbai Indians.

The Eliminator was a far from serene affair either, needing a late cameo from Shakib Al Hasan to see them to a four-wicket win with two balls to spare, to end Virat Kohli's captaincy of Royal Challengers Bangalore.

Dafabet can barely separate these two sides, with Delhi Capitals 19/20 to reach the final while KKR are 5/6 to prevail.

There is a bit more daylight between the sides in the six-hitting market, with KKR 17/20 to lead the way.

DC have been somewhat gun-shy in this category and are 13/10 to clear the rope the most times.

In a tight knock-out game expected to be determined by key decisions in pressure-filled moments, the focus has to be on the captains.

In one corner you have Rishabh Pant, No.72 in the men's T20 Player Index, the youngest player to skipper a side in the IPL playoffs.

The India keeper-batter has led by example in this competition, scoring 413 runs at 36.54. Only opening Shikhar Dhawan is scoring at a better rate for the Capitals.

But above all else, Pant continues to perform above his years as a leader, a role he has virtually learned on the job since being thrust into the role.

"He has got a good eye of what's going to happen in the game, and that's really nice having that especially as a captain," said Anrich Nortje.

"The simple things like being good with angles and where fielders need to be placed, projecting what's going to happen, really nice having him at the back."

In the opposite corner is the much-experienced Eoin Morgan, who for all his critics during the 2021 IPL has shepherded his side to within one game of their first final since 2014, when they went on to scoop the title.

The England captain took over from Dinesh Karthik last term and endured a bumpy start alongside some woeful form with the bat (12.90 ave in 2021).

Critics were lining up to pick apart Morgan's ability to lead, but guiding another team to a major final would be a real feather in his cap. How he uses his bowlers, particularly spinners Shakib, Sunil Narine and Varun Chakravarthy, will be fascinating.

Capitals are still waiting on the fitness of Marcus Stoinis, who has not featured since the victory over Sunrisers Hyderabad due to a hamstring injury.

KKR have been without Andre Russell since losing to Chennai Super Kings but it might be that he is left out given the close proximity to the T20 World Cup.

The two teams have played each other 28 times.

Temperatures are expected to hit 36 degrees Celsius for the start of play, with a light breeze of around 11mph.

KKR have all the momentum from the group stage and won the most recent meeting between these sides on this ground. The Capitals have a rough patch at the wrong time.