Find out team news, TV and streaming information, odds, weather forecasts and much, much more ahead of the first game of the 2021 Indian Premier League playoffs 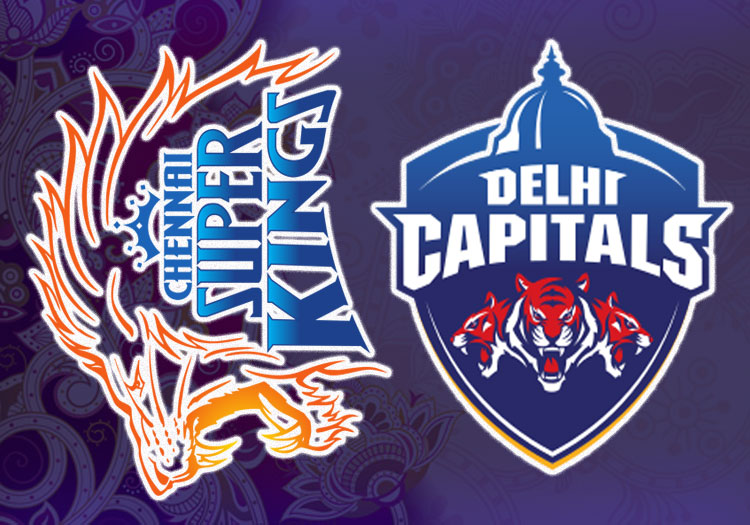 The two sides will meet at the Dubai International Stadium in Dubai.

And then there were four. Fifty-six matches spread across six months in two different countries and we finally have our line-up for the play-offs.

Delhi Capitals and Chennai Super Kings face-off in the first knock-out game, Qualifier 1, to earn direct passage to the final.

Last season's beaten finalists finished top of the table with 10 wins from 14 games, progressing with something to spare.

Rishabh Pant's side certainly hold the psychological advantage heading into the third meeting between the sides in 2021.

Capitals won both of the group meetings, prevailing in the second match of the competition back in April by seven wickets before backing that up with a win by three wickets as recently as at the start of the week.

Dafabet have installed Delhi Capitals as favourites to progress to the final, offing odds of 17/20. CSK are rated at 10/11.

MS Dhoni must be sick of the sight of former India teammate Shikhar Dhawan, who has led the Capitals to two successful run-chases against CSK this season.

In the first, he pumped 85 from just 54 deliveries as DC chased down 189 with seven wickets in hand and eight balls remaining to scoop the player of the match prize.

Avesh Khan is also worth keeping an eye out for, with the skilful right-arm quick having taken eight wickets since the resumption. He can expect to make gains in the Men's T20 Player Index.

Chennai's batting has been imperious at time in the competition. They have two players with more than 500 runs while Ravi Jadeja, Moeen Ali and Ambati Rayudu have provided decent support.

But the headliners have been Faf du Plessis and Ruturaj Gaikwad, the sizzling top two. They'll both have eyes on the Orange Cap for the most runs in the tournament, with current leader KL Rahul now out of contention.

While Capitals are the clear favourites coming into this one, if Gaikwad and Du Plessis can produce anything like the 129 they put on against Sunrisers Hyderabad back in April then they'll have built the foundations for a surprise result.

With the ball, it has been another fruitful tournament for Dwayne Bravo who continues to put his neck on the line in the death overs. He has 12 wickets at 16.91 but it is his economy rate that stands out. The 7.61 runs he's conceding per over is a great return given the high-pressure scenarios he is regularly plunged into.

Marcus Stoinis is in contention for a return to the fold following injury. Delhi must choose whether to reinstate the Australia batting allrounder or stick with a middle-order of Shimron Hetmyer and Ripal Patel.

Both ends of the team pick themselves, with Privthi Shaw and Dhawan set to open the innings while the bowling attack will be led by South Africa's Kagiso Rabada and Anrich Nortje.

CSK have lost Sam Curran for the remainder of the tournament due to a lower back injury, which has also ended his World Cup hopes. Robin Uthappa is likely to get the nod in the middle-order.

The heat will drop off for this evening game in Dubai, with temperatures set to be around 32 degrees Celsius. Winds are only set to be about 8-10mph.

DC won both of the group games, come into the game in slightly better form and are unerringly consistent. CSK have struggled of late and that may bleed into their performance here. Capitals to return to the final.