Find out team news, TV and streaming information, odds, head-to-head record, weather forecast and much, much more ahead of the final of the Indian Premier League season 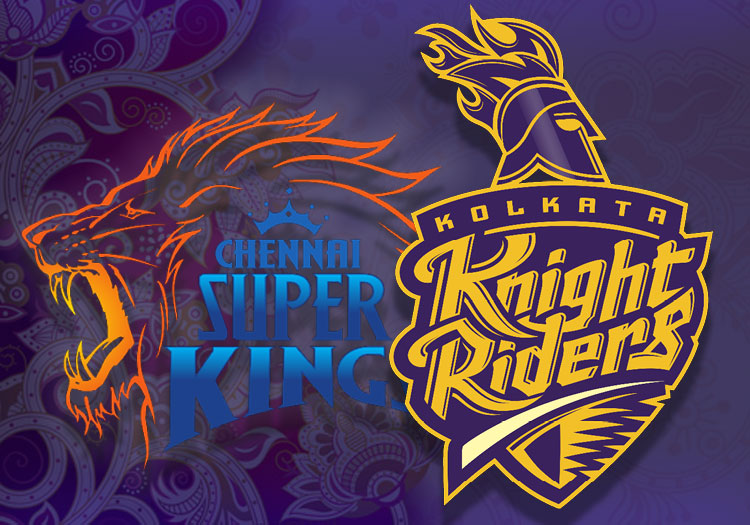 The final will be held at the Dubai International Stadium in Dubai.

After finishing second in the regular season and losing their final three group matches, Chennai Super Kings entered the knockout stage in poor form. However, in the first qualifier match, they defeated Delhi Capitals by four wickets with two balls remaining to automatically qualify for the final.

Kolkata Knight Riders, meanwhile, will be hoping that every IPL in future is held in the UAE. Eoin Morgan's side won just two matches in the first half of the tournament before winning five of their remaining seven fixtures to progress to the knockout stages in fourth place. KKR chased down 138 to defeat RCB by four wickets in the eliminator before defeating Delhi Capitals by three wickets in the eliminator to reach the final. Against Delhi, KKR lost six wickets for just seven runs to set up a dramatic finish but hung on to seal the win with one ball to spare.

When the two sides met in the group stages, Chennai were triumphant on both occasions, winning by 18 runs in April and two wickets in September.

Dafabet cannot separate these two sides, offering odds of 10/11 against either result.

Ruturaj Gaikwad has been the standout batter for CSK this season. The 24-year-old scored 70 runs off 50 balls against Delhi Capitals to help steer his side to the final and passed 40 in five of his past eight IPL innings. With 603 runs, including one century and four half-centuries, in 15 matches, Gaikwad needs just 24 runs in the final to overtake KL Rahul as the Orange Cap. With an average of 46.38 and a strike rate of 137.35, Gaikwad (who is ranked 246th on the T20 Player Index) will be the crucial wicket in the final.

Also keep an eye on skipper MS Dhoni. His batting and leadership has been called into question on many occasions this season but he came good in the qualifier, blasting 18 runs off just six balls to lead his side to the final. A fairy-tale ending to the 2021 season could be on the card for the veteran.

Venkatesh Iyer has played a huge hand in KKR's upturn in form, scoring 320 runs in nine innings in the UAE. The 26-year-old has scored three half-centuries in the tournament to date and has failed to reach double-figures just once. Given the weakness of KKR's middle-order, how he performs will be crucial to their title chances.

The Knight Riders have their own exciting veteran in Dinesh Karthik (214 runs at a strike rate of 131.28) while with the ball, Varun Chakravarthy has been on fire. The 30-year-old spinner has taken 18 wickets in 16 innings and is conceding just 6.4 runs per over.

CSK have lost Sam Curran for the remainder of the torunament due to a lower back injury. KKR have been without Andre Russell since their two-wicket loss to CSK in mid-September but even if the West Indian is fit, they will be unlikely to change their winning XI.

The sun will shine on Dubai for the IPL final, with temperatures peaking at 32 degrees Celsius.

KKR have the momentum but their dramatic collapse against Delhi Capitals was concerning. CSK have their mojo back after their qualifier victory and should get over the line.