So far this year, Knight has batted at the Manuka Oval three times, making scores of 67, 78 and 108*. England next face Pakistan there on Friday 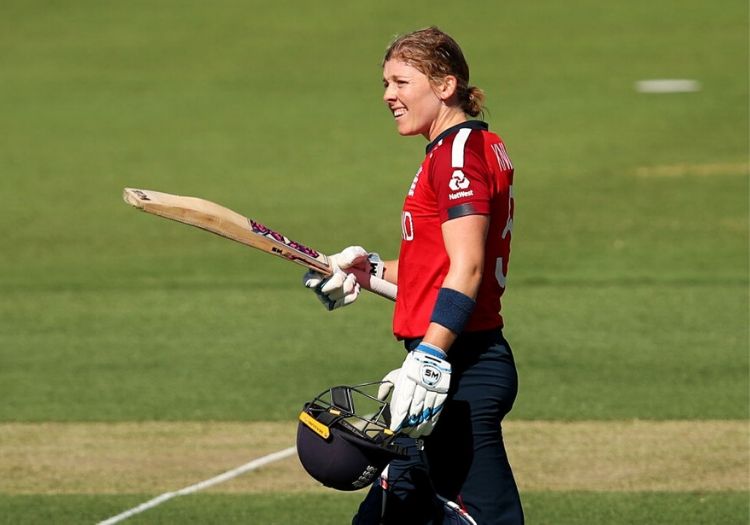 Heather Knight spoke of her delight at the way in which she has managed to transform her T20 game after recording England’s first ever T20 World Cup century in a clinical win over Thailand.

Prior to the beginning of 2020, Knight had only ever passed fifty once in the shortest format at international level. But since touching down in Australia, she has done so three times – each time bettering her previous high score, and each time doing so at Canberra’s Manuka Oval.

It is a run that culminated in a 66-ball unbeaten 108 against the tournament debutants. Knight shared a competition record partnership of 169 with Nat Sciver, who ended not out on 59.

“It's been a while since I've been anywhere near a hundred in T20 cricket,” Knight reflected after then overseeing her side to a 98-run victory with a fine display with the ball and in the field.

“I'm really pleased [with] how my batting has improved in that area, and it's not often I've outscored Nat. I think I'll be on her back for the next few days because she's often the one at the other end outscoring me.

“We needed to expand the partnership quite a lot because that's what we haven't done so far in the World Cup. We haven't had those big partnerships. So once we sort of got what we knew was going to be a good total, we just decided to have a bit of fun, try and take the game on.”

There were four sixes in Knight’s innings; she has struck nine so far in T20 cricket in 2020 out of a career total of 31.

So far this year, Knight has batted in Canberra three times, making scores of 67, 78 and 108*. England next face Pakistan there on Friday. 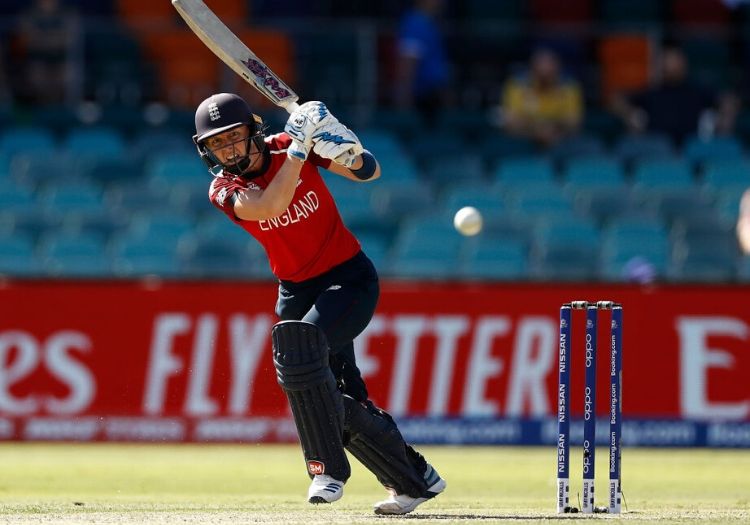 “I think it suits my game quite well,” she said of the venue. “It's generally quite skiddy, comes on nicely, and you get really good value for the shots.

“Yeah, I just seem to like it. I'd love to play here all the time. We've got another game here to cash in and put in another good performance in this World Cup.”

The England captain also admitted to feeling nervous in the build-up to the clash with the Thai side – just their second ever game in a global ICC event. And her feelings were not helped when openers Amy Jones and Danni Wyatt were both dismissed inside the first ten balls of the match.

“It was obviously a big game for us,” Knight added. “But I tend to play better sometimes when I'm more nervous. It was just about trying to stay calm. We knew there were going to be opportunities to score, myself and Nat.

“Generally we score reasonably quickly when we get in. It was just about trying to build a partnership and get us to a good total.

“It can be quite easy to sort of panic in that situation, but the way we want the openers to play, they're bound to get low scores at times because we want them to be aggressive and take the game on.”