She surpasses Sophie Molineux and Meg Lanning, both of whom were 23 years of age when they first captained Melbourne Renegades and Melbourne Stars, respectively, as the youngest skipper in Women's Big Bash history 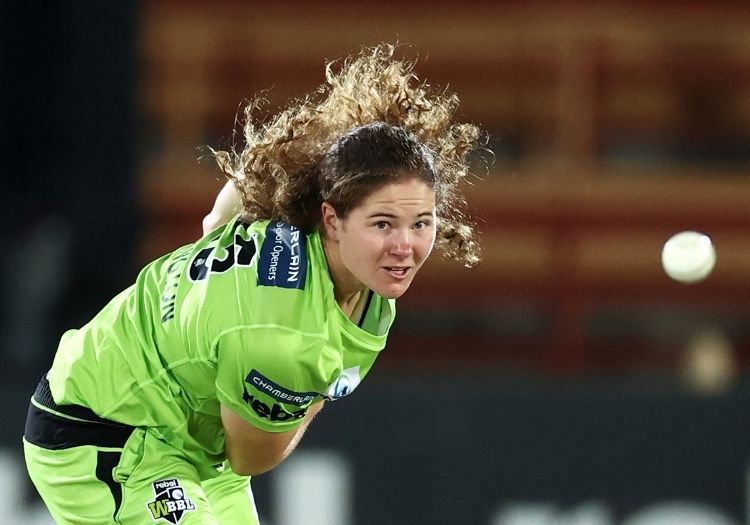 Darlington, who made her debut for Australia in September, became the younget-ever New South Wales skipper last year when she filled in for Alyssa Healy in two Women’s National Cricket League matches.

She surpasses Sophie Molineux and Meg Lanning, both of whom were 23 years of age when they first captained Melbourne Renegades and Melbourne Stars, respectively.

“It’s a huge honour,” said Darlington. “I’ve been part of this club for nearly five years now and supported it the whole way through. To have this opportunity to step in for Rach, who’s been a massive influence on my leadership style, is pretty special and I’m ready to lead a team I’m passionate to be a part of.”

Haynes will miss this year’s tournament following the birth of her first child. Australia’s vice-captain had always intended to miss the opening rounds of the competition to be with her family after the arrival of her son, Hugo, but her decision to extend that absence comes with a combination of factors in mind, including a hamstring injury suffered against India, border closures, quarantine eating into her parental leave and Covid-enforced changes to the tournament structure.

With New South Wales residents having to serve 14 days in hotel quarantine in order to leave the state – and the entire WBBL now taking place in Tasmania, South Australia, Western Australia and Queensland – Haynes, who lifted the trophy last year, has taken the decision to withdraw unless restrictions ease earlier than anticipated.

Darlington was named as Young Gun in her first WBBL season and made the team of the tournament last year. Thunder head coach Trevor Griffin described her as the “natural choice” to stand in for Haynes.

“She’s somebody that the team hold in high regard, and she goes out onto the field with real passion in her heart and lives and breathes our culture.”