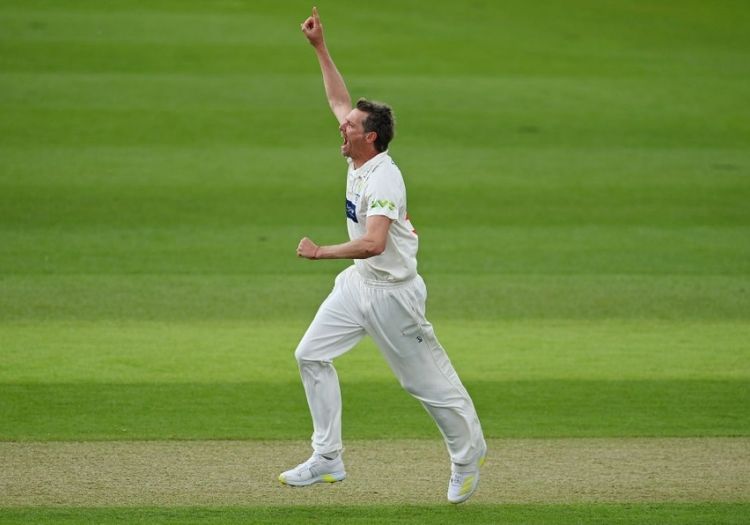 Kent were all out for 74 in their second innings and beaten in two days by Glamorgan in the County Championship.

Darren Stevens celebrated his 45th birthday with his 30th first-class five-wicket haul and figures of 5 for 53, but Glamorgan took a first-innings lead of 59 runs which Kent only just surpassed.

Glamorgan opener David Lloyd knocked off the 16 runs to win on his own and finished it with a six to record a 10-wicket win.

A total of 18 wickets fell on day two.

Glamorgan’s overnight batsmen Lloyd and Billy Root were both dismissed as three wickets fell in the half-hour played in the morning session before rain meant an early lunch.

Stevens bowled immaculately and trapped Lloyd leg before wicket for 62.

Matthew Milnes then dismissed Root lbw and clean bowled Glamorgan captain Chris Cooke for a golden duck in consecutive deliveries. Wet weather then forced the players from the field.

When the teams returned, Kiran Carlson was caught at second slip by Zak Crawley from the bowling of Stevens and Milnes accounted for Callum Taylor lbw.

Carey then had a huge shout for leg-before against Kent’s new man Crawley which was turned down.

Hogan’s accuracy was relentless. He had Bell-Drummond caught behind and clean bowled England’s Crawley – who failed to play a shot – for just a single. Joe Denly was the next to go. 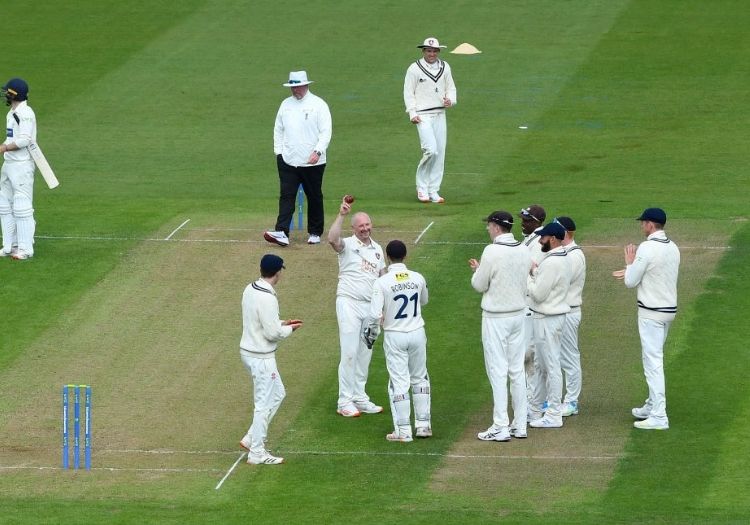 He had nearly been run out by Carlson after dropping his bat but was then lbw to Lloyd.

Hogan had Robinson caught behind by Cooke after tea as Kent slipped to 41 for 5, still 18 runs behind. The Australian then made it five when Jack Leaning looked disappointed to be given out lbw.

Stevens took a wild hack at a Lloyd delivery and was clean bowled.

Kent’s Heino Kuhn was batting with a runner due to a calf problem, but when he was lbw to Van der Gugten, his team collapsed to a paltry 74 all out.

Glamorgan then wrapped up victory with two days to spare.