The ECB, PCA, the 18 first-class counties and the eight women's regional teams will unite in a blackout from Friday, April 30 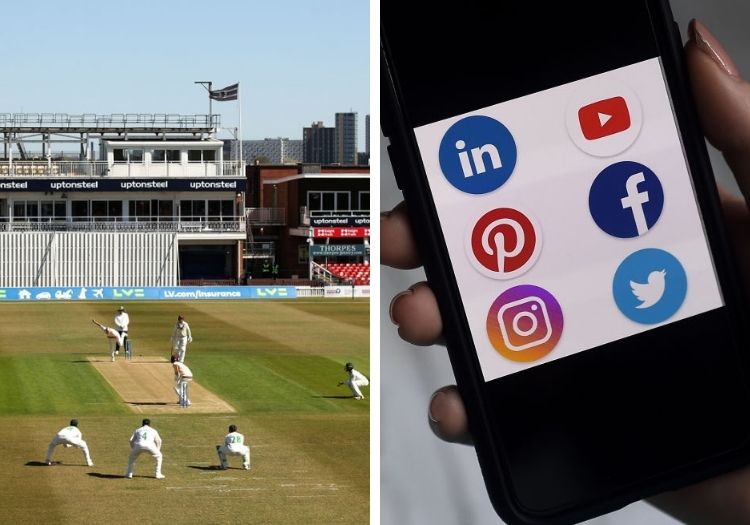 English cricket will unite in a boycott of all social media platforms this weekend in a protest over racial abuse and harassment online.

Accounts run by the ECB, PCA, the 18 first-class counties and the eight women's regional teams will go silent from 3pm on Friday, April 30 to 11:59pm on Monday, May 3.

Football clubs, competitions and governing bodies have also confirmed they will abandon social media for the same period in an effort to draw awareness to the vitriol which is regularly directed at teams and individuals.

“Social media companies have to do more. Our members are often victims of horrific online abuse with little or no punishment for the perpetrators and this has to change," said Professional Cricketers Association chief executive Rob Lynch.

"A unified silence from players and the wider game is a powerful stance to show that our members will not allow social media companies, which have brought so much benefit to the game, to continue to ignore and fail to prioritise the need for appropriate legislation in protecting people against online discriminatory behaviour."

England and Wales Cricket Board chief executive Tom Harrison added: "We’re proud to add our voice to all those across sport who are sending the message that more can, and must, be done to eradicate online hate.

"Social media can play a very positive role in sport, widening its audience and connecting fans with their heroes in a way that was never possible before.

"However, players and supporters alike must be able to use these platforms safe in the knowledge they do not risk the prospect of facing appalling abuse."