The ECB is not expected to lay on a charter flight, but conversations will take place about the possibility of players stopping over in so-called "green list" countries before making an onward trip back home 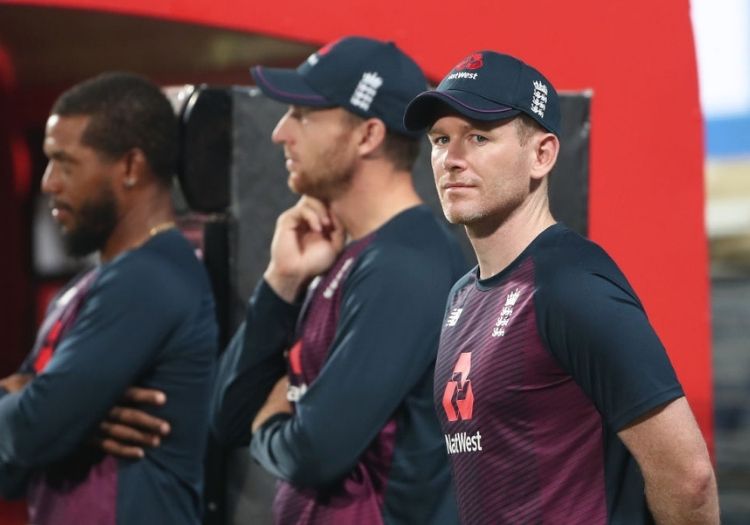 The ECB are liaising with BCCI and IPL officials, the UK government and the individual players over the safe return of 11 cricketers from the suspended competition in India.

A temporary halt, which could become permanent, was called to the tournament on Tuesday following positive Covid-19 cases at four of the eight franchises.

The IPL have committed to ensuring safe passage home for all involved in the event, but players inside the IPL bubbles now face a four-day wait before they are permitted to seek onward travel, and must submit further negative Covid-19 tests.

And, even when they have the green light to find their way home, they will be met with significant obstacles.

Government regulations in the UK currently insist on 10-day hotel quarantine for those returning from India, while the UAE - an integral travel hub between Europe and Asia - is not currently accepting flights from India.

The ECB is not expected to lay on a charter flight, but conversations will take place about the possibility of players stopping over in so-called "green list" countries before making an onward trip back home.

Travel between the "green list" countries, which are soon to be announced, and the UK will not be subject to quarantine or isolation arrangements. The "green list" is expected to kick in on May 17, when coronavirus restrictions in England are lightened.

As a result of Tuesday's news, it now seems plausible that all 11 English players will be back and available for their country and counties before the beginning of June, which could change the selection landscape for the visit of New Zealand for two Tests.

Headline names including Jos Buttler had been expected to miss at least the first Test at Edgbaston, scheduled to begin on June 2, due to quarantine arrangements upon their return home from the IPL. The tournament's final had been scheduled for May 30, following a play-off process which was due to begin on May 23.

An ECB statement on Tuesday read: "Following this morning's postponement of the Indian Premier League, we are in close contact with our players and staff in India as arrangements are put in place for them to return home safely.

"The ECB understands the BCCI's decision to postpone the competition for the safety and wellbeing of those involved, and thanks the BCCI for its commitment to do everything in its powers to arrange for the secure and safe passage of all those taking part in the competition.

“Our thoughts remain with the people of India during these challenging times."