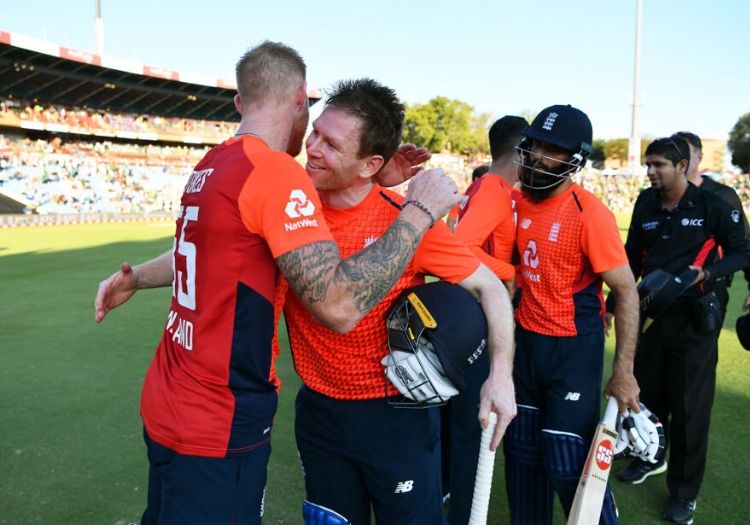 England have been fined for a slow over-rate after falling foul of ICC regulations during their five-wicket win over South Africa at Supersport Park on Sunday.

England clinched a series victory in a thrilling game at Centurion, with 28 sixes hit in just 39.1 overs.

Each England player was fined 20 per cent of their match fee after match referee David Boon ruled that Eoin Morgan’s side had been one over short of its target, even after time allowances – including for time to retrieve the ball between boundaries – were taken into consideration.

In accordance with Article 2.22 of the ICC Code of Conduct, which relates to minimum over-rate offences, players are fined 20 per cent of their match fees for every over their side fails to bowl in the allotted time.

Morgan pleaded guilty to the offence and accepted the proposed sanction, so there was no need for a formal hearing.

After South Africa struck 222 for 6 from their 20 overs, England – inspired by fifties from Jos Buttler, Jonny Bairstow and Morgan himself – chased the mammoth target down with five balls to spare, bringing to a close a remarkable T20I series.