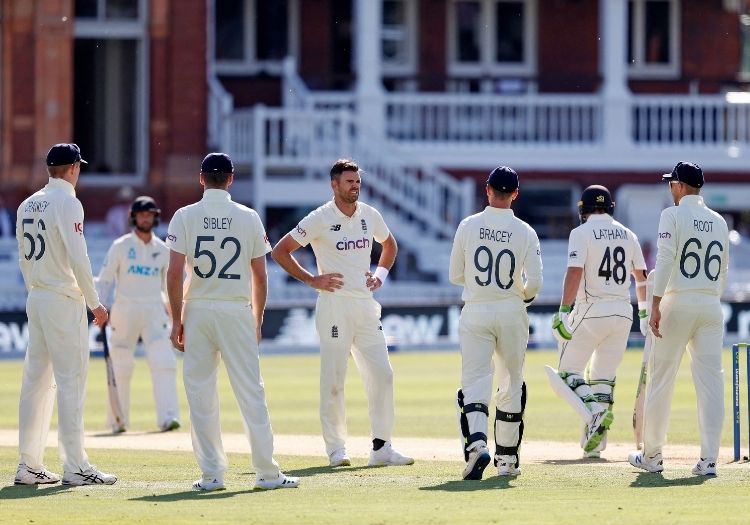 England have been fined 40 per cent of their match fees for a slow over rate during the first Test draw with New Zealand at Lord’s.

Joe Root’s side were ruled to be two overs short of their target after time allowances were taken into consideration.

Match referee Chris Broad, father of England opening bowler Stuart, imposed the sanction after the charge was initially levelled by the umpires.

In accordance with the ICC’s code of conduct, players are fined 20 per cent of their match fees per over not bowled in the allotted time.

England opted not to select Jack Leach, the solitary specialist spinner in the squad for the rain-affected draw, meaning they primarily operated with seamers James Anderson, Stuart Broad, Ollie Robinson and Mark Wood, while Root provided a part-time spin option.

It seems likely that Leach will come into the team for the second Test at Edgbaston, perhaps at the expense of Robinson, who has been suspended by the ECB, pending a full investigation into racist and sexist tweets sent by the Sussex bowler when he was younger.

Dom Bess has been recalled to the squad to provide cover for Leach.