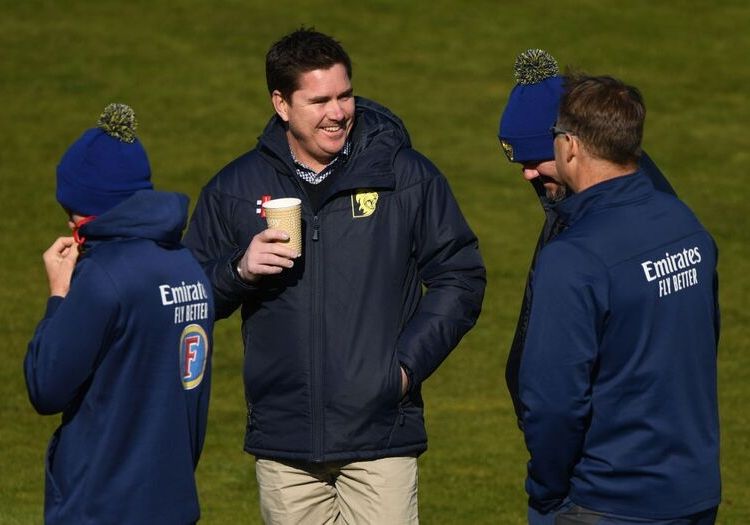 Durham director of cricket Marcus North is adamant that the club have the young talent in their squad to return to the top of the Specsavers County Championship.

The north-east outfit had a solid campaign in Division Two, finishing fifth in the table, after recovering from a horrendous start to the season when they lost their opening four matches.

Under first-year head coach James Franklin, Durham found their form and enjoyed an eight-match unbeaten run before losing to Northamptonshire in the penultimate round of fixtures, ending a charge for promotion.

North feels that after years of losing key players that the club are in a good position to build off the last campaign and begin a potential run back to the top of the English county game.

“We’ve definitely got a strong platform to push on and that’s exciting,” he said.

“We’ve got a core group of experienced players and performers with the likes of Chris Rushworth, Ben Raine, Alex Lees and Ned Eckersley. We’ve got them and the investment and the excitement of the young players. They’ve seen a lot of game time – at times they haven’t been the most consistent.

“They’ve contributed and that’s a bright sign for the future. If you look at those players being three years older and if they continue to develop as we expect we’re going to have a team that can push in the white-ball competitions and push to get promoted.

Durham will have skipper Cameron Bancroft back for the 2020 season after he missed the final two months of the campaign when he was selected in Australia’s Ashes squad.

Bancroft impressed during his time in the north-east and North was delighted with not only the 26-year-old’s performances with the bat but his attitude in his leadership duties in and around Emirates Riverside.

North added: “He was fantastic for us. The period when Bancroft and Lees went to the top of the order was the start of the time when we found consistency in the Championship.

“His performances were outstanding and he’s a guy that has got a real appetite to play well in English county cricket. He also had the appetite to make a difference here and that stood out for us with the way he came in and embraced the club.

“It wasn’t just about a guy coming over here to be an overseas player to score a few runs to get into the national team. He was 100% committed to what we’re trying to do. It was like he was a Durham player, which is exactly what you want.

“With the future Australia Test programme pretty light it should give us a little bit more consistency with our overseas player. I think Cameron has a lot of unfinished business here and it will be good to welcome him back next year.”

Courtesy of the ECB reporters network