The USA had been due to host the United Arab Emirates and Scotland for an ODI tri-series in Lauderhill, Florida from April 1-8, while the Dutch side had been due in Namibia for six games from March 25-April 1 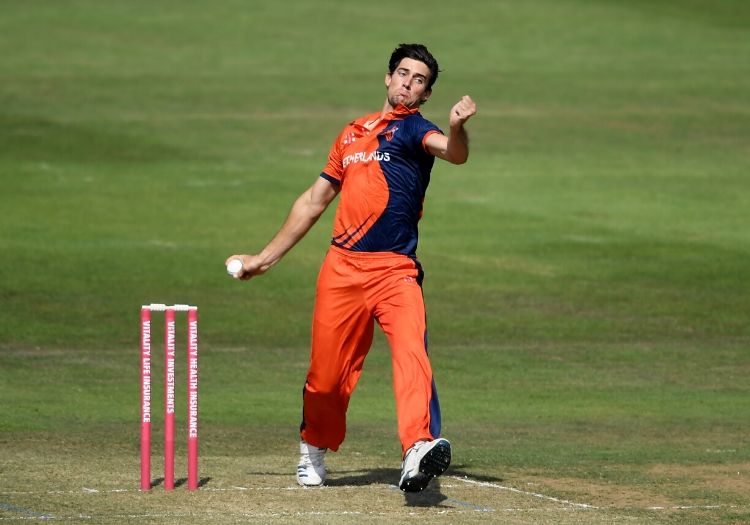 Five Associate nations have been forced to scrap imminent white-ball fixtures between men's sides as a result of the ongoing coronavirus outbreak.

The Netherlands had been set to travel to Namibia – a country which has not yet reported any cases of COVID-19 within its borders – for two ODIs and four T20 internationals between March 25 and April 1.

However, a joint statement issued by the nations' governing bodies confirmed that advice from governments meant the series must be postponed until a later date.

"Following government advice to curtail the spread of the coronavirus, including the increasing travel restrictions between countries, the KNCB feels there was no other option than to cancel this tour," said Jaap Wals, the chief executive of Dutch cricket.

"Public and player health is of utmost importance and we are relying on public health professionals to help us navigate these difficult decisions."

Johan Muller, his Namibian counterpart, added: "In the light of the recent updates from especially European countries, regarding the rapid blowout of the coronavirus, Cricket Namibia understands and support the decision taken by KNCB to cancel their travels to Namibia.

"The series was a highlight on our calendar. The Namibian public and our sponsors were extremely excited to welcome a top ranked cricket country such as Netherlands on home soil.

"We believe that once the virus is under control, we can look to reschedule this tour."

Elsewhere, a three-team ODI series due to be held in Lauderhill, Florida as part of the ICC's Cricket World Cup League Two has also been called off due to concerns for teams entering and leaving the country.

The USA national team had planned to host Scotland and the United Arab Emirates for the series – the sixth of 21 such events in a two-and-a-half-year span – between April 1-8, but concern following a significant rise in cases in all three countries has forced the ICC into alternative arrangements.

USA Cricket has also announced that a series of talent identification events, zonal competitions and trials for men, women and under-17s between March and May will be postponed.

Chris Tetley, the ICC's head of events, said: "With recent travel restrictions being imposed globally and uncertainty for participants returning home, we have taken the decision to postpone the series.

"Working closely with USA Cricket, Cricket Scotland and the Emirates Cricket Board, all parties felt the best decision was to postpone and together we will find an alternative space in the calendar to reschedule the series.

"I would like to thank the support and assistance of the three participating members for prompt and decisive action. The ICC will continue to monitor and review all upcoming ICC events in collaboration with the relevant authorities and stakeholders, with the main priority the health and safety of everyone involved."

The event is the second ICC tournament to be postponed as a result of the pandemic, following the announcement earlier this month that the six-team Challenge League A 50-over competition would be postponed from its scheduled March 6 starting date. Canada, Denmark, Qatar, Singapore, Vanuatu and hosts Malaysia are the teams affected, with the 11-day event now set to take place later this year.