Championship team of the week: Malan, Harris and Parkinson… but who joins them in the XI? 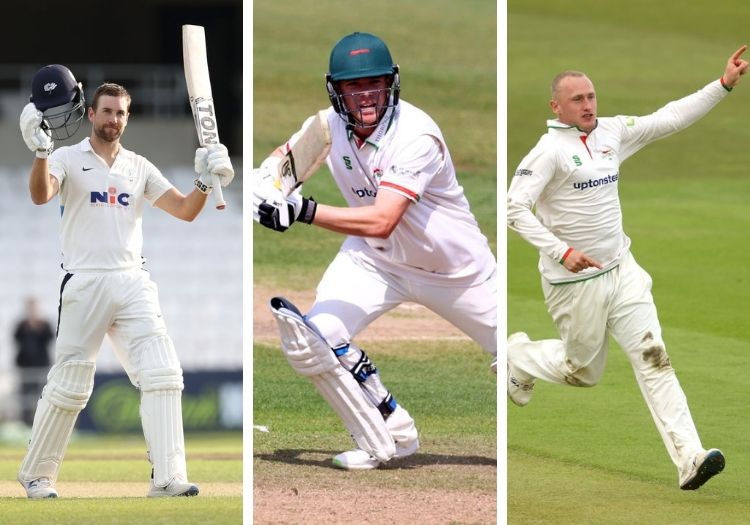 After being confused for the other Ollie Robinson on social media, it would have been easy for Kent’s Robinson to be distracted in round nine. However, the 22-year-old put the blinkers on to impress with both bat and gloves. He took five catches in Northamptonshire’s first innings before taking a further three in the second as the away side slipped to 73 for 5. With the bat, he scored a rapid 120 from 119 deliveries as part of a 161-run first-wicket stand with Jordan Cox (90). A standout performance made even more impressive by the external distractions.

After scoring his third century of the summer, Worcestershire’s Jake Libby can feel a tad aggrieved to miss out on team of the week honours. However, Northamptonshire’s Emilio Gay is a worthy selection. The 21-year-old had a tough start to the season, scoring just 12 runs in his first two matches, and was promptly  returned to the second XI. However, he bounced back and followed up a half-century for the seconds with his maiden first-class century in round nine. A promising sign of things to come.

What a way to mark your return to County Championship action and remove any question marks regarding red-ball rustiness. Dawid Malan was simply brilliant at Headingley, scoring a big daddy hundred from 289 balls. Will be disappointed to miss out on scoring 200 by one run? Probably, but that shouldn’t detract from his fine performance. Perhaps the easiest player to select for this XI. 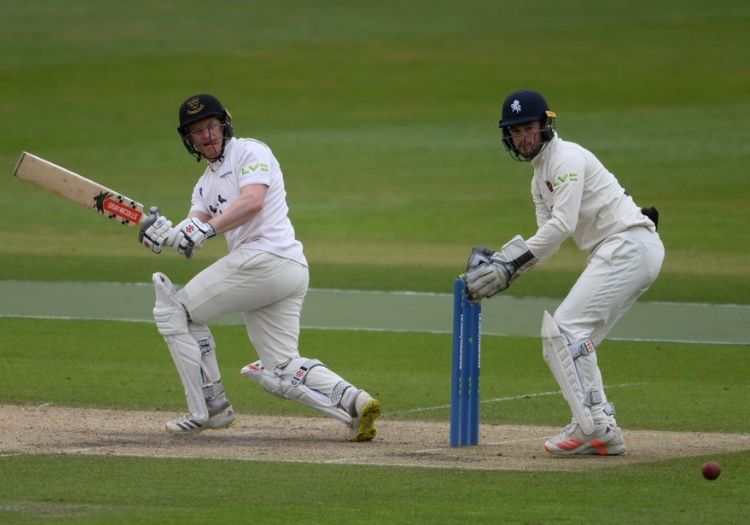 Ben Brown (batting) and Ollie Robinson, pictured during Sussex's match against Kent in May, both feature in the round nine team of the week

The first of three Leicestershire players in this XI and boy is Marcus Harris enjoying his time in the Midlands. Arriving in the middle in the fourth over, the Australian batted for just under four hours and faced 236 balls on his way to 148 – his third century in four matches. With 557 runs in 10 innings, Harris is proving to be a season-changing addition at Grace Road.

Another week, another red-ball century for David Bedingham. After scoring 121 against Worcestershire, the South African has taken his total for the season to a Championship-leading 787 at an average of 71.54 and has three centuries and two fifties in 13 innings. Only Libby (776) is within 100 runs of him in 2021: unstoppable.

In round eight, Ackermann shared a 243-run partnership with Harris to steer Leicestershire to victory over Middlesex. In round nine, it was a 160-run first innings stand, Ackermann contributing 57, to propel his side to 224 for 3. Add in match figures of 6 for 99 and three catches and you have a team of the week-worthy performance. However, spare a thought for Hampshire’s Keith Barker (6 for 72) and Somerset duo Tom Abell (98) and George Bartlett (100) who narrowly missed out on selection.

As his teammates struggled around him, Ben Brown was Sussex’s sole line of resistance against Yorkshire’s bowling attack. Walking out with his side 68 for 4, Brown put on a 107-run stand with Aaron Thomason and a further 94 with debutant Danial Ibrahim to drag Sussex to 269 for 6 before being removed by Ben Coad (caught Harry Duke) for 127. His century would prove to be in vain as Yorkshire triumphed by an innings and 30 runs but was instrumental in making the match last until the fourth day.

Lewis Gregory entered the fray with Somerset floundering on 108 for 6, their batsmen struggling against Barker. He departed just over three hours later with a century to his name and his side 338 for 9, quite the rescue job for a man who had just two first-class hundreds to his name in his previous 96 outings. He didn’t do it alone – Roelof van der Merwe scored a quickfire 88 (102) as part of a 171-run eighth-wicket stand – but Gregory's 143-ball 107 was one of the finest of the round and probably saved Somerset from defeat. 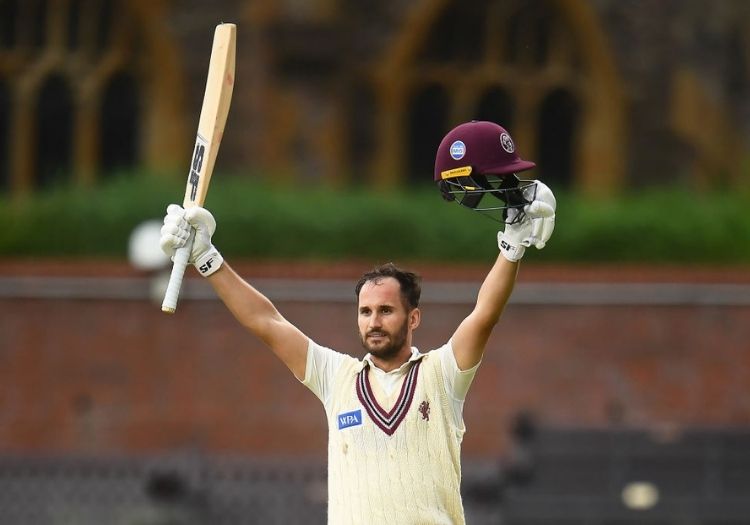 This position could quite easily have been occupied by his fellow Bear, Oliver Hannon-Dalby, who was destructive with the ball in Derbyshire’s second innings, picking up 4 for 24. However, on this occasion it’s Craig Miles who gets the nod. His first four wickets were brisk, dismissing Billy Godleman, Wayne Madsen, Ben McDermott, and Matt Critchley as Derbyshire collapsed to 92 for 5, while his fifth (Michael Cohen) ended the home side’s innings for 121. He also picked up one wicket in the second innings and struck 17 with the bat.

Callum Parkinson recorded career-best match figures against Gloucestershire, picking up consecutive five-fors to finish with 10 for 108.  In the first innings, he ripped through the away side’s top six, taking four wickets as Gloucestershire fell from 81 for 1 to 123 for 6, before completing his five-for with the late wicket of Josh Shaw. In the second, it was a similar story, with five of the first seven batsmen falling victim to his spin. Parkinson now has 26 wickets at 34.8 for the season.

A good day at the office for 22-year-old Matty Potts in just his second match of the season, and 13th first-class outing of his career. Eclipsing Durham’s standout bowler Chris Rushworth, he picked up 8 for 98 and posted an economy of 2.68 from his 36.3 overs across the three days. A performance which will give the coaching staff pause for thought for the final two group matches in July.