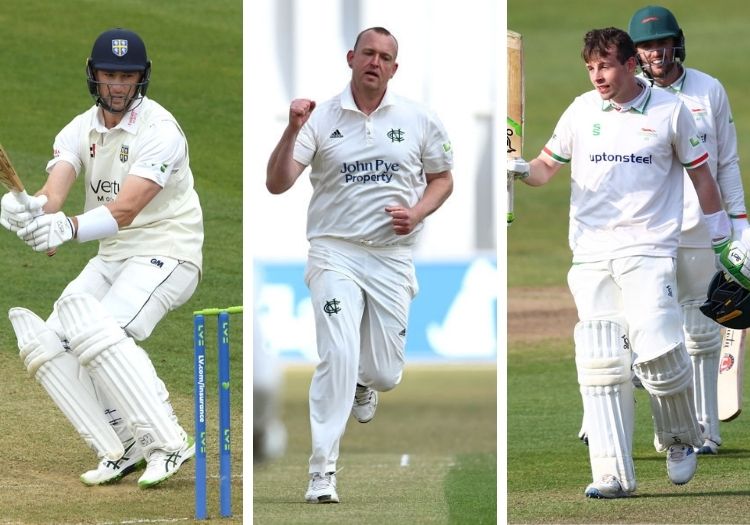 Essex registered their highest score in the LV=Insurance County Championship for five years as Tom Westley continued his love affair with New Road on day two against Worcestershire.

Westley hit his third century in his last four matches on the ground – two for his County and one for England Lions – as Essex amassed 561 for 8 declared from 174 overs.

It was their best total in the competition since 569 all out against Kent at Chelmsford in 2016.

The home attack retained their discipline on a slow pitch offering virtually no encouragement to the seamers and kept the run rate below three an over until Harmer’s late assault.

Centuries from Will Young and Alex Lees compounded Durham's advantage over Warwickshire in their LV= Insurance County Championship clash, building a 200-run lead after day two at Emirates Riverside.

Young and Lees continued their impressive form from the previous evening, preventing the visitors from mounting a comeback in the morning session. Young was the first to three figures, scoring his maiden century for Durham. The New Zealander enjoyed a stand of 208 with Lees for the first wicket that was broken by Liam Norwell.

Lees remained composed at the other end on his way to his 17th first-class century and first of the term. He remained unbeaten at the close with the home side in a dominant position on 287 for 4, heading into day three looking to engineer their first win of the season.

Nottinghamshire are on course to end a first-class drought stretching back to 2018 after dominating the second day of the County Championship match against Derbyshire at Derby.

Luke Fletcher completed a five-wicket haul as Derbyshire were skittled for 105 before half-centuries from Haseeb Hameed, Ben Duckett and Joe Clarke drove home their advantage.

Hameed scored 94 from 142 balls and Duckett, who passed 25 for the first time this season, made 87 off 101 balls with Clarke contributing 53 as Notts scented their first victory in red-ball cricket for nearly three years.

Although they lost five wickets for 10 runs to be bowled out for 318 with Fynn Hudson-Prentice taking 4 for 40, Derbyshire were set a daunting target of 470 and reached 23 for 0 at the close.

James Hildreth became the fourth highest first-class run maker in Somerset’s history on the second day of the County Championship match with Middlesex at the Cooper Associates County Ground.

The 36-year-old batsman went past Bill Alley’s tally of 16,644 while contributing 39 to his side’s first innings total of 178 for 4 and now lies behind only Harold Gimblett, Marcus Trescothick and Peter Wight.

Earlier, Middlesex had moved from an overnight 308 for six to 357 all out, Robbie White falling for 92 and Josh Davey claiming three of the wickets in the space of an over.

There were two victims each for Steve Finn and Tim Murtagh when Somerset replied before an unbroken fifth-wicket stand of 80 between George Bartlett and first class debutant Lewis Goldsworthy left honours pretty even.

Hashim Amla stroked an unbeaten 215 from 367 balls and Ollie Pope hit 131 as Surrey moved remorselessly to 513 for 3 and into an impregnable position against Hampshire at the halfway point of their  County Championship match at the Kia Oval.

Amla and Pope added 257 in 62 overs for the third wicket, a Surrey record against Hampshire at the Oval, on a day of relentless accumulation for the two high-class South Africa and England Test batsmen.

By stumps, Surrey were a massive 421 runs ahead, having shot out Hampshire for a mere 92 on day one, and on course for a first win of the championship season at the fourth attempt.

Hill took his overnight 77 to 121 as Leicestershire ground out 144 overs with Ben Mike also making 54, his third first-class fifty, as the Foxes posted their second-highest total at Bristol.

Wright then helped plunge Gloucestershire from 99 for 1 to 121 for 6 in a calamitous half hour for the hosts that puts their unbeaten start to the season in serious jeopardy.

The seventh-wicket pair shared 92 in 41 overs on either side of lunch to secure a 28-run lead on first innings at 234 all out.

Unbeaten Yorkshire, having made 206 on day one, closed on 43 for 3 from 20 overs in their second innings to undermine hopes of a third win in four Group Three matches.

Young off-spinner Jack Carson continued his impressive start to the season with four wickets as Sussex fought back strongly against Lancashire in the County Championship Group 3 match at Hove.