SAM DALLING AT THE COOPER ASSOCIATES COUNTY GROUND: Barely a soul in the ground and certainly no spectators: hardly a fitting environment for what was a double-record breaking day for one of the Cidermen’s finest servants 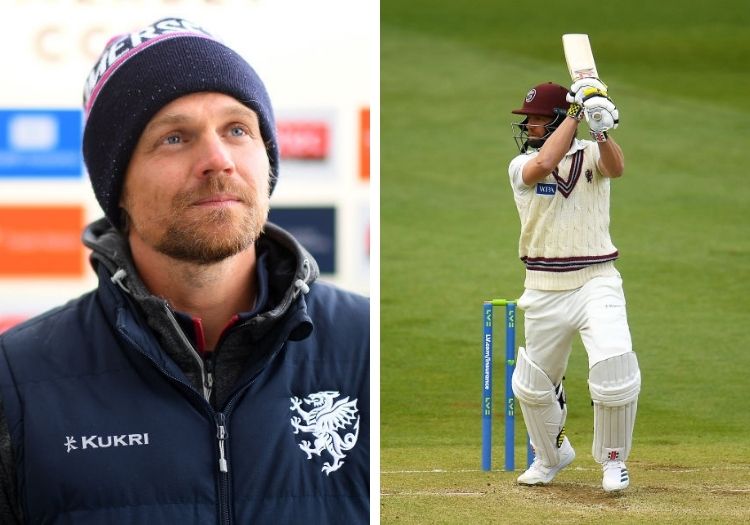 Somerset were 16 for 2 when James Hildreth wandered out to the middle at around 2.30pm on this cold, damp April afternoon in the West Country.

It is a walk he has done countless times, although the setting will not often have been as dramatic with the thunderous grey clouds looming ominously above the Quantocks.

Barely a soul in the ground and certainly no spectators: hardly a fitting environment for what was a double-record breaking day for one of the Cidermen’s finest servants.

First, came the three he needed to overtake the late, great Bill Alley in Somerset’s all-time list of runscorers. A streaky boundary through the vacant third man area off Steve Finn was not a classic Hildreth drive but he threw his hands at it softly enough and away it raced. That made 16,647 runs for him across all formats since his debut in 2002.

Only three have churned out more runs for the club than Hildreth, who already holds Somerset’s appearances record: Peter Wight, Marcus Trescothick and Harold Gimblett. Wight (16,965) is firmly in this summer’s sights, while surpassing Trescothick (19,654) is doable with a fair wind before Hildreth finally decides to call time.

The second milestone came when Hildreth reached 14 with a handsome punch down the ground. That made him the highest runscorer actively playing in the County Championship, nipping ahead of Darren Stevens (15,240). By the time he nibbled at the first ball after tea, as Tim Murtagh – the man with the most wickets in the competition amongst those still playing – got one to lift off a length, Hildreth had made 39 at a typically brisk pace and moved 26 ahead. Stevens may well steal the lead back in time but Hildreth has nearly 10 years on the Kent allrounder, who celebrated his 45th birthday on Friday. 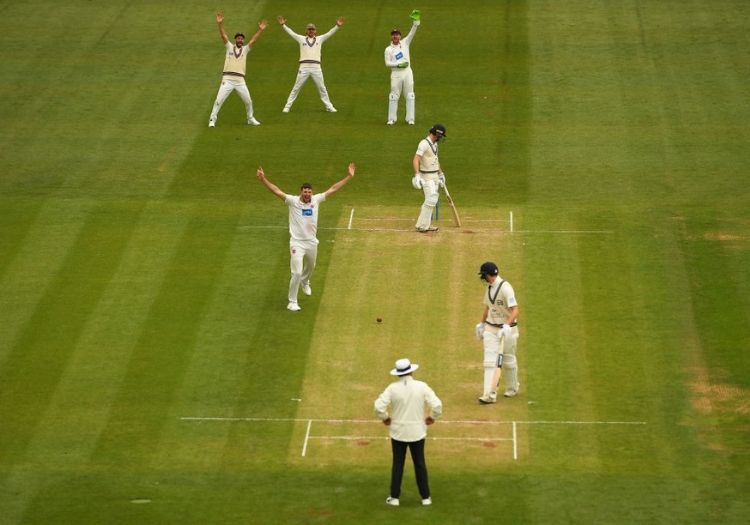 Hildreth has been a mainstay in Somerset’s middle order for nearly two decades. Little has changed. The beard is a more recent edition, and both hair and hat are noticeably greyer, but the sight of him at the crease remains up there with the Blackdown Hills and Cranborne Chase in the list of the county’s outstanding natural beauty.

To pick just one standout moment from Hildreth's Somerset career is impossible: a maiden first-class century against a Durham attack containing Shoaib Akhtar; a triple-hundred in April against Warwickshire in 2009; the first T20 hundred from a man batting at No.5 in 2012; a hobbling, one-legged ton against Nottinghamshire in 2006 after Jake Ball had broken his foot; the list goes on. And on.

That he will never get the international recognition he richly deserved is unjust, although he was unfortunate to be behind when Ian Bell, Jonathan Trott and Kevin Pietersen were in their pomps. His best return came in 2015 (1,620 red-ball runs with five centuries) but by that point it was opening berths England were looking to fill.

England’s loss has been Somerset’s rich gain and while the man is understated, he is not, in these parts at least, under-appreciated.

Before him there remain question marks about Somerset’s opening combination. Remarkably, Friday was the longest the Toms – Banton and Lammonby – have spent in the middle in unison, Banton surviving until midway through the 12th over before falling lbw to Murtagh. The latest Tom Abell has been called on in the previous six innings this season is the fifth over.

Banton is a conundrum Somerset need to solve quickly. He is an outstanding young talent and it feels wrong to leave him out of any game of cricket, but his white-ball pyrotechnics mean it is very easy to forget that he is playing just his 18th first-class game. He averages 23 and has never made three figures. Having opted out of the IPL, his appetite to learn the red-ball game is admirable but it may be that is best done further down the order. At the moment, he looks like a butcher asked to fry falafel – three off 30 balls is not his natural way.

Middlesex will still fancy their chances of revenge for the defeat at Lord’s earlier in the month but much rests on how George Bartlett (43 not out) and debutant Lewis Goldsworthy (34 not out) fare come morning. A brisk 58 added in the hour following the final shower gave the home side momentum and they finished on 178 for 4.

Conditions are set to be favourable to bowling on Saturday and, even with Ethan Bamber and Toby Roland-Jones rotated out, Middlesex’s attack is peppered with quality. Tom Helm offered a point of difference with his extra pace and bounce, skipper Peter Handscomb using him wisely in short, sharp bursts and switching his end regularly.

One such change should have brought instant gratification only for a similarly timed modification in the field to prove costly. Martin Andersson was moved from third slip to midwicket with everyone else, as if wielding blue plastic bats in the playground, shifting clockwise.

The result? Twice in the same over Abell was shelled, Max Holden – who himself had enjoyed a charmed life on Thursday - grassing the first before Robbie White completely misjudged his chance and was nutmegged at first slip. Abell was on 12 and 13 at the time. The inability to catch in the cold shown by Somerset earlier in the game was seemingly infectious. For a while Abell threatened to take advantage, a whip through midwicket off Finn particularly eye-catching. Not long after though, an innocuous delivery that should have yielded a similar result was chipped to Andersson who took a smart catch diving forward at midwicket.

A light shower then forced players off once more but by 5.30pm it was as bright as it has been all day. Umpires Gould and Burns meandered to the middle but the covers remained unmoved. Middlesex made their feelings abundantly clear with a sit-out protest, their entire side taking up position in the dug-outs adjacent to the boundary rope in full whites, although they will have wished they had not. Goldsworthy in particular looked classy, a couple of confident drives back past Helm– who did not get the rewards his day in the dirt deserved – and Finn the pick of the strokes. Murtagh got through 19 typically masterful overs to finish with 2 for 38 while Finn had 2 for 38.

As well as dropped catches – Bartlett offered a difficult chance to Sam Robson when on 13 - Middlesex will be kicking themselves for not hammering home the advantage they fought so hard to squeeze out on day one. Resuming on 308 for 4 and with White well set for a maiden first-class century they were eyeing up 400-plus and maximum batting points.

Craig Overton drew first blood, a peach of a delivery pinning back Luke Hollman’s off stump but that was it before the heaven’s opened. An early lunch was taken and what followed was an intriguing game within the game. With two overs remaining before 110 was up, the Seaxes needed 12 runs for a fourth batting point and Somerset a pair of wickets for a final bowling point. White, having made 81 from 219 balls, took 11 off Abell’s first four balls and one was needed off the final over.

White, by then eight short of a maiden first-class hundred, edged the first ball of Davey’s next over to Hildreth at slip, before the bowler twice rattled Finn’s pads in two balls. Gunner Gould’s finger moved the second time and Somerset had their bonus point. One required from three balls for Middlesex and out came Murtagh, not a man often called upon as nightwatchman. His three-ball eight included a pair of edged boundaries before being held by Bartlett at third man.

Weather allowing, this is set up to be an intriguing weekend. Long live the County Championship.