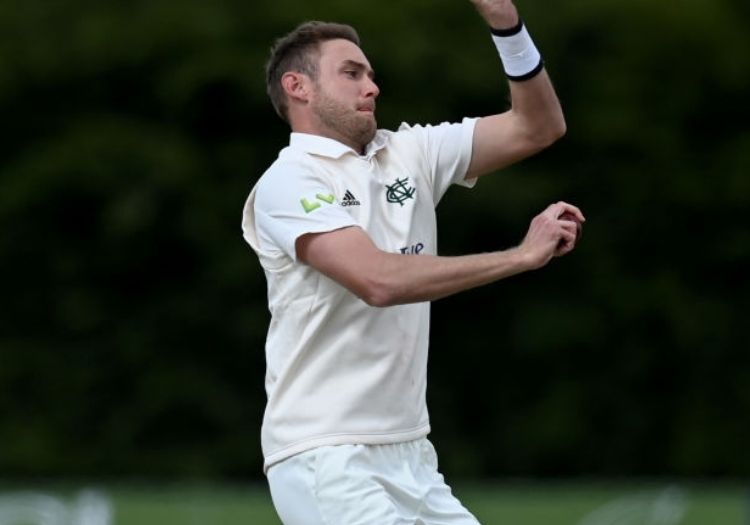 Stuart Broad inspired Nottinghamshire to a first victory in red ball cricket for nearly three years when they trashed Derbyshire in the LV=Insurance County Championship match at Derby.

It was Nottinghamshire’s first win in first-class cricket since they beat Essex at Chelmsford on June 23, 2018 and would have been even more emphatic but for Ben Aitchison’s maiden first-class 50.

Paterson finished with 3 for 30 and Fletcher 2 for 32 as Derbyshire were dismissed for 159, with Aitchison hitting Liam Patterson-White for three sixes before he was last out. 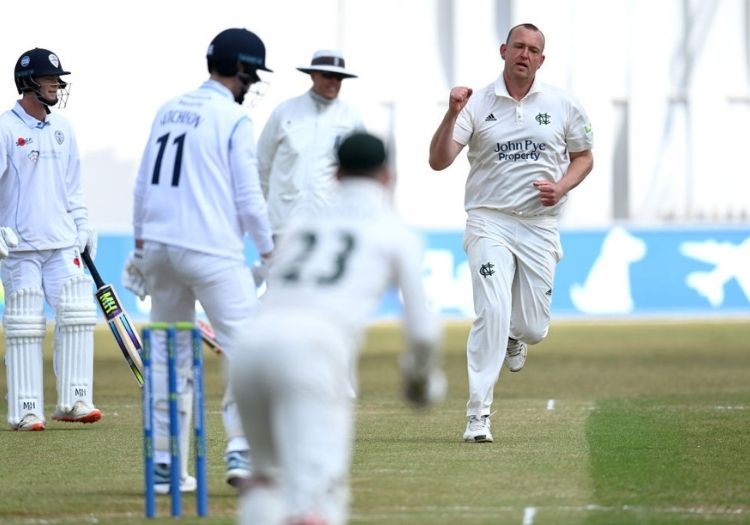 Derbyshire’s chances of even getting close to a 470-run target were slim before the start but after the first over of the morning they had all but evaporated.

Running in from the Racecourse End, Broad found lift and movement to have Luis Reece caught low down at first slip for 15 and his next ball, full and swinging, caught Leus du Plooy on the crease.

If it was a lack of foot movement that betrayed Du Plooy, Wayne Madsen had taken a couple of paces down the pitch when he edged Paterson into the gloves of Tom Moores.

Paterson struck another big blow in the same over when he moved one back off the seam to beat Matt Critchley’s defensive push and knock out off stump.

Derbyshire’s slide towards a crushing defeat gathered pace as Harvey Hosein flashed firm-footed at Paterson and was caught behind without scoring, the fifth wicket to fall in the first hour.

Broad’s withdrawal from the attack brought no respite, with Fletcher taking his side closer to the finishing line with a wicket in successive overs.

Wood’s resistance was ended when he lost his middle stump aiming a drive and Brooke Guest was well caught by Moores diving low to his right.