The 29-year-old pace bowler, who made his senior debut for the club in 2014, took 40 wickets across the County Championship, Royal London Cup and T20 Blast in 2021 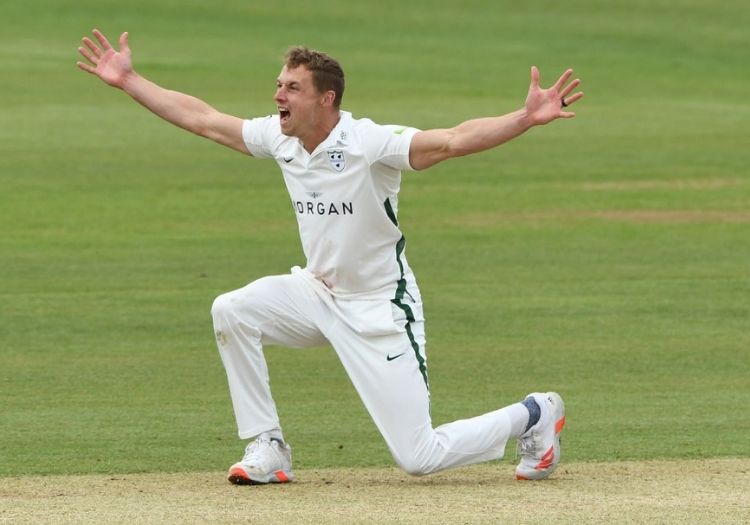 Charlie Morris has signed a one-year contract extension with Worcestershire to keep him at New Road until at least the end of the 2023 season.

The 29-year-old pace bowler, who made his senior debut for the club in 2014, reached the 200-wicket mark in first-class cricket in summer 2021 and also posted the best red-ball figures by a Worcestershire bowler this season, taking 6 for 52 against Middlesex at Lord’s.

Morris finished the County Championship season with 19 wickets at 32.68 and scored 116 runs, including his maiden first-class half-century against Leicestershire.

In the T20 Blast, he was Worcestershire’s leading wicket-taker, with 17 wickets, while in the Royal London Cup, he picked up a further four.

Commenting on his contract extension, Morris said: "I’m delighted to have signed an extension. I work really hard at my cricket, and this helps give me confidence on the pitch. I’m determined to get the most out of my cricket career, and that comes down to putting in the work, and that is certainly something I will endeavour to do.

"Whilst I’m not a leader in the group as such in terms of an appointed position, I do my best to try and pull others along by working hard and setting my own standards high. If that can in any way help motivate and bring certain standards up, by pushing myself and having a knock-on effect on others, I hope that is a positive outcome of putting in the hard work."

Head coach, Alex Gidman, added: "Charlie has been a vital member of the squad for several years. He is still a very reliable and accurate bowler and someone who is great to have in our squad for all formats of the game.

"Charlie is the hardest working player we’ve got on the staff and is always trying to improve, always trying to get better. The end he had to the season was a credit to his work ethic and fitness levels in particular. He is very diligent about how he goes about his business.

"He is a great example to not just the younger bowlers, but the whole squad in terms of professionalism, so really pleased he has committed to us for a little bit longer."