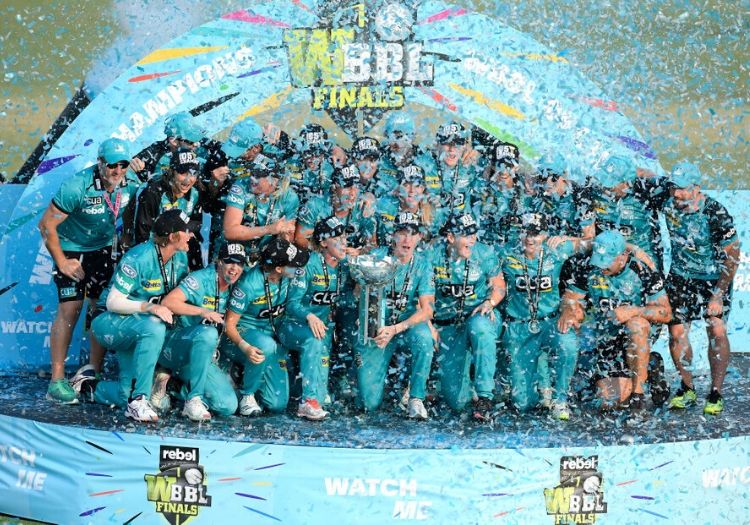 Brisbane Heat retained their Women’s Big Bash title as the competition was handed the final it deserved to round off a hugely successful first year as a standalone tournament.

Beth Mooney, one of the season’s standout batsmen, played an anchoring role in making an unbeaten 56 as Ashley Noffke’s side comfortably chased 162 with 11 balls remaining, meaning that Adelaide Strikers are still yet to win their first trophy.

Strikers were restricted to 161 for 7 after Sophie Devine, the campaign’s top run-scorer with 769 at an average of 76.90, was dismissed in just the second over of the final.

For a while afterwards, Adelaide – who finished level of points with Brisbane in the group stage – looked to have recovered easily from the early loss of Devine. Tahlia McGrath and captain Suzie Bates made hay, taking Luke Williams’ side to 64 in just the eighth over. However, when both fell within six balls of one another, a below-par total looked on the cards.

Yet, Amanda-Jade Wellington, better known for her leg-spin, made a counter-attacking 55 to drag her side to a competitive score, with the pressure of chasing in a final expected to give a psychological advantage to Bates’ team in the field.

Little, however, has stopped Mooney this year; the Australia batsman was imperious in notching her ninth half century of the competition, taking her overall tally to 743 runs for the season. Her 56 came off 45 deliveries as she opted for mature accumulation over anything overly daring.

Her innings allowed others to perform their own cameos; Sammy-Jo Johnson fit Devine for four sixes in a single over, while Jess Jonassen also played with sensible aggression.

It was left to Laura Harris to strike the winning runs, signifying a second successive Big Bash title for Heat.