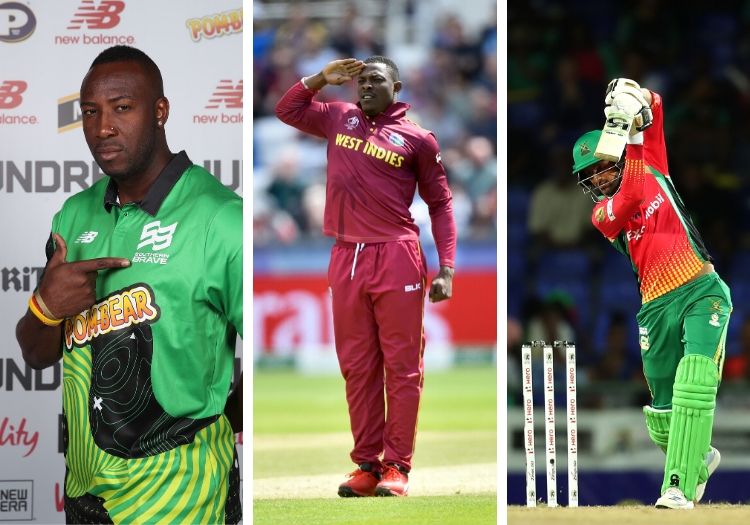 Rajshahi Royals have bolstered their squad ahead of next month's Bangladesh Premier League by announcing the recruitment of Andre Russell and Shoaib Malik.

The T20 veterans headline a round of five new signings, which follows the tournament's player draft earlier this month.

Malik will join compatriots Mohammad Irfan and Mohammad Nawaz at the Royals, who have also picked up Sussex allrounder Ravi Bopara and destructive Afghanistan opener Hazratullah Zazai. Russell completes their overseas contingent after representing Dhaka Dynamites during their run to the final in the previous instalment of the tournament.

Russell's West Indies teammate Lendl Simmons will return to the league with Chattogram Challengers after missing last year's competition. Local legspinner Jubair Hossain has also agreed to join the side.

The latest round of signings is completed by international pacemen Sheldon Cottrell and Ebadot Hossain, who have both signed contracts to play for Sylhet Thunder when the tournament begins in December.

BANGLADESH PREMIER LEAGUE 2019 SQUADS: Find out who is playing for which team in this year's BPL

Elsewhere, Chattogram Challengers management have called for the Bangladesh Cricket Board to take action if Chris Gayle fails to honour his contract to join the side.

Gayle, who has played 38 games in the tournament since its launch in 2012, was selected by the Challengers during last week's draft but announced earlier this week that he is planning to skip the tournament and take a break from the game.

The 40-year-old has today been listed alongside Simmons in the board's latest squad update, however he claimed earlier this week to have no knowledge of how his name had ended up in the player pool.

Speaking to AFP, Challengers team director Jalal Yunus commented: "His agent confirmed Chris was aware about it. Now if he does not come, we will seek a player outside the draft. But I feel the BCB should take action in such cases to keep discipline."

"We maintain all the standard procedures when any national cricketer's name came for the players' draft," Nizamuddin said.

"Either a player or his agent can show his interest and put the name in the list.

"I have checked the process and everything was done according to a standard process."