Balbirnie, who had been named William Porterfield's successor for the Test and one-day sides earlier this month, will also replace Gary Wilson as the country's T20 captain 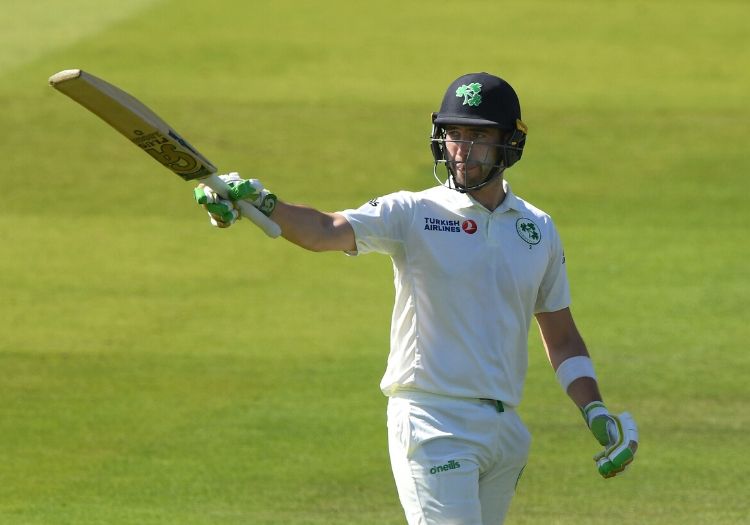 Earlier this month, Balbirnie had been named captain of the country's Test and one-day sides following the resignation of William Porterfield. Today's news means he will captain the side in all formats, commencing with a tour of the West Indies in the new year.

Former Surrey and Derbyshire wicketkeeper Wilson had taken over short-form responsibilities from Porterfield in June 2018, securing qualification for next year's T20 World Cup by finishing third in last month's Qualifier tournament in the United Arab Emirates.

However, discussions between Wilson and Cricket Ireland management following Balbirnie's earlier promotion have resulted in the 28-year-old batsman replacing him at the helm of the T20 side as well.

"It was an absolute honour to be asked to captain Ireland – it was something that I dreamt about as a child," Wilson said.

"When I took on the job 18 months ago it was always the remit to qualify for the T20 World Cup and re-assess from there.

"I'm very much looking forward to continuing as a player and working with Balbo in the future. I think it will prove to be a great appointment and believe that it is important that he, as a captain, has control of all three sides and gets to take it in a direction that he sees fit."

T20 WORLD CUP QUALIFIER: A brilliant festival of global talent and a reminder of a cut-throat existence

Balbirnie is set to open his tenure with three one-day internationals and three T20s in the West Indies in January.

While he has yet to lead a full international side, the 28-year-old first captained Ireland's second-string Wolves side in 2010 and in 2006 led a national under-15 side featuring future senior teammates Paul Stirling and Shane Getkate.

Chairman of selectors Andrew White commented: "Both Gary and the selectors believe that Andrew Balbirnie should have the opportunity to forge his leadership style and his standards across all three formats.

"Whilst he was announced as Test and ODI captain a few weeks ago, after consultation with the selectors and Gary it was agreed by all that with similar players likely to be utilised across all formats it was important that Andrew was allowed to stamp his mark on the new generation of players coming through.

"Gary has been an inspirational leader and our qualification [for next year's Men's T20 World Cup] was largely down to his attention to detail in planning and getting the best out of his players in a short space of time.

"We thank Gary for his candour and professionalism during this process. He will remain an integral part of the international setup as we continue to build this exciting group of young players."