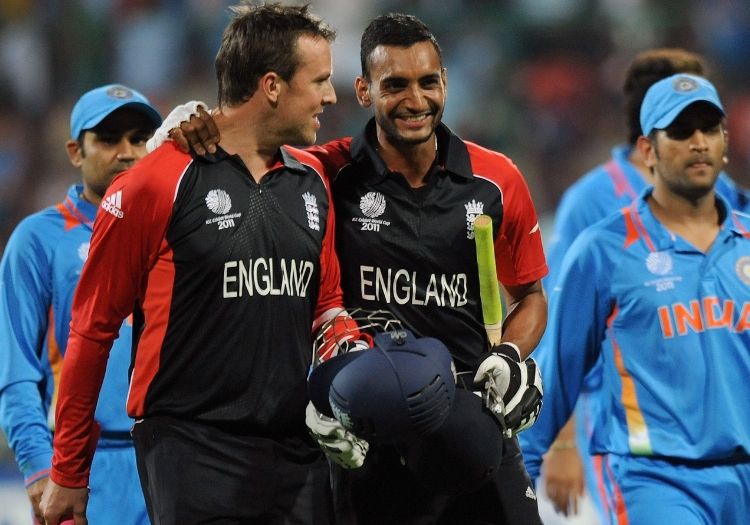 There seems to be little that manages to creep under MS Dhoni’s skin, but there was a rather disgruntled tone to the former India captain’s comments after their tie with England in 2011.

"It was pretty difficult for me. There is no reason why it matters whether or not he is 2.5 metres down the pitch."

He was referring to the chief moment of controversy in the Bangalore tie, when Ian Bell was given not out on an lbw referral after he was deemed to be so far down the pitch that Hawk Eye could not be trusted when it said the ball would have smashed into middle stump.

Yet among the mire of technological issues was a truly phenomenal contest between two sides who could not be separated after 676 runs had been scored.

"We have got to celebrate the fact that it was an unbelievable game of cricket, probably the best advert for the 50-over format you could possibly get," Dhoni’s opposite number Andrew Strauss commented after his extraordinary 158 from 145 balls.

The match had all sorts of twists and turns within in, and the only sort of normal service that resumed was another century for Sachin Tendulkar, the antepenultimate ODI hundred of his international career.

Even by Tendulkar’s peerless standards at the time, it was the perfect example of how to pace an innings, turning into one of the spectators at the Chinnaswamy Stadium to watch Virender Sehwag’s blistering start, before stepping on the accelerator in tandem with Gautam Gambhir to stroke 10 fours and five sixes for a first one-day hundred against England since July 2002 at Chester-le-Street. 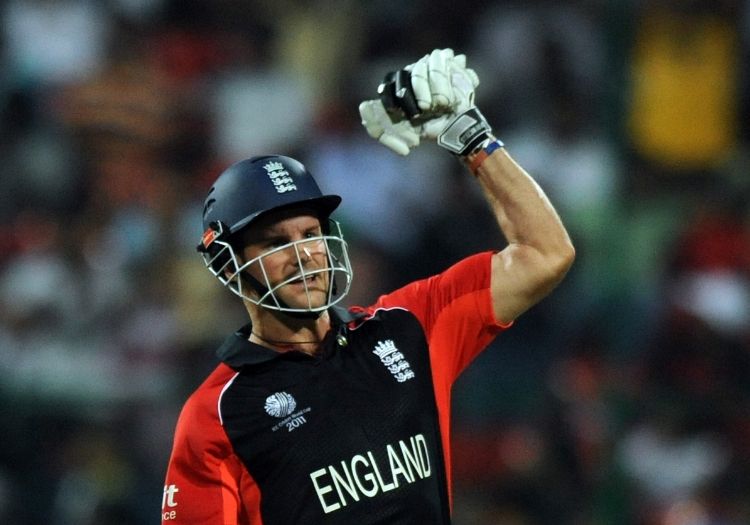 Dismissed on 236-3 by James Anderson in what was the fast bowler’s first ODI wicket in India since 2006, Yuvraj Singh and MS Dhoni looked set to cut loose and set a score of more than 350.

However, encapsulated by an unrelenting and collected bowling display by Tim Bresnan, who returned figures of 5-48 from his allotted overs and whose performances was somewhat understated given what was to come, England successfully restricted India to below that threshold.

Yet if any of those exhibitions of destructive batting or consistent bowling had beggared belief, then the Chinnaswamy’s silence throughout the majority of England’s reply was one of sheer astonishment of the events unfolding before their eyes.

Just as he had done to soothe England’s nerves of a second humiliation against the Netherlands in three years with 88 from 83 balls, Strauss set about counterpunching an off-colour Zaheer Khan, even if he nicked a drive on 17 behind that none of the Indian fielders could hear among the frenzied crowd.

There was time for the bizarre, when Munaf Patel’s appeal for a caught and bowled dismissal of Kevin Pietersen was made more out of disbelief than a genuine querying as to whether he had held on to the England batsman’s smashed straight drive.

Yet England had clearly observed the tempo of Tendulkar’s knock and applied the same qualities as a team, regularly rotating strike whilst ruthlessly punishing the intermittent boundary balls on offer. 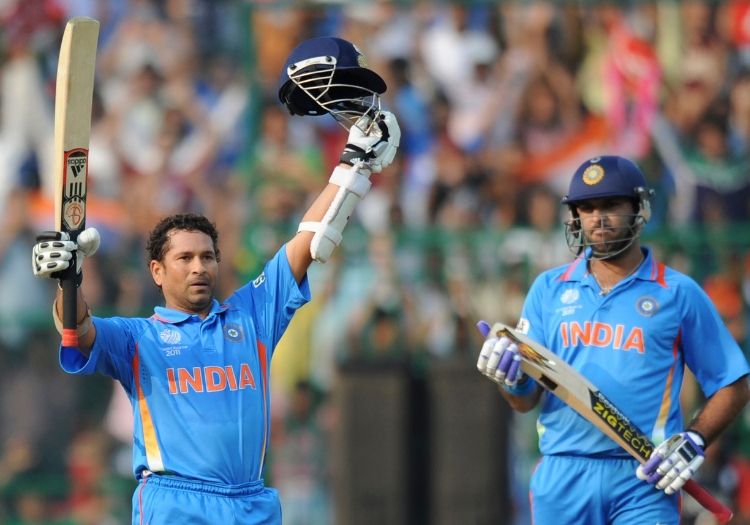 Sachin Tendulkar set the game up with another limited-overs hundred

England’s captain then shared a 43-run stand with Jonathan Trott before the partnership that looked to have edged England to victory.

Ian Bell’s biggest reprieve, which also came while on 17 runs, came after he was beaten twice in his first two balls by the deceptive Piyush Chawla, but from then on the crowd’s despondency gew with each passing over.

Bell and Strauss shared a partnership of 170, in which the latter brought up his sixth ODI century before loosening the shackles to add another 58, while Bell played his part with blows off Chawla to bring up his half-century.

Just as things seemed to decisively go against the hosts, Virat Kohli dropping Bell on 68 the most emphatic example of it, Zaheer came back to bowl a completely contrasting spell to his opening overs.

The set duo were both dismissed by the left-armer in successive deliveries, with Bell miscuing to extra cover and Strauss on the receiving end of a toe-crunching yorker, it looked like the game had  swung in India’s favour when Paul Collingwood was bowled by Zaheer after failing to connect with a swipe across the stumps.

Matt Prior, Michael Yardy and Tim Bresnan all came and went after hitting a boundary each, and it was left to Graeme Swann and Ajmal Shahzad, the latter who hit a six off his first ball, to seal the win. 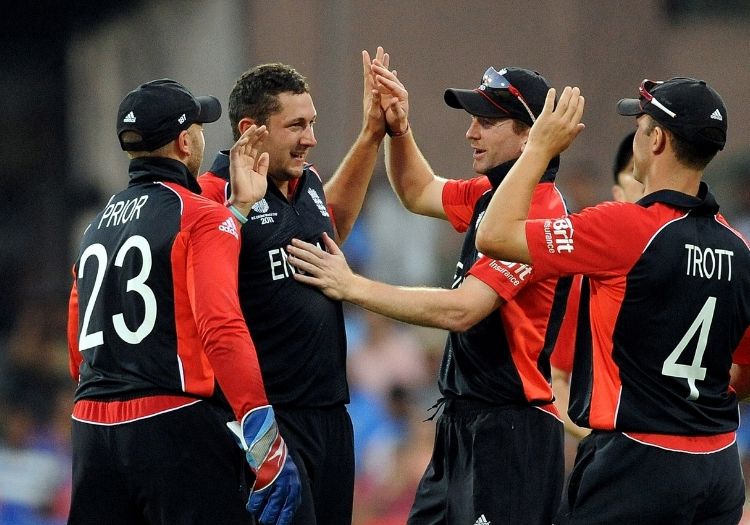 Tim Bresnan was England's unsung hero of the day

From 280-2 in the 43rd over to a mini collapse in the middle order, the lower order had put England back in contention, and with two needed off the last ball, Swann drilled Patel to cover for a single as the spoils were shared.

So how do you feel as a captain after a game that swung like a pendulum over the course of the 100 overs? It seemed Dhoni had cast his furore aside for his overall assessment of the game.

"I think both sides will have mixed feelings," Dhoni said. "We were very close to winning and very close to losing, so I am both a little happy and a little sad."