Financial and logistical issues results in Unicorns side being scrapped 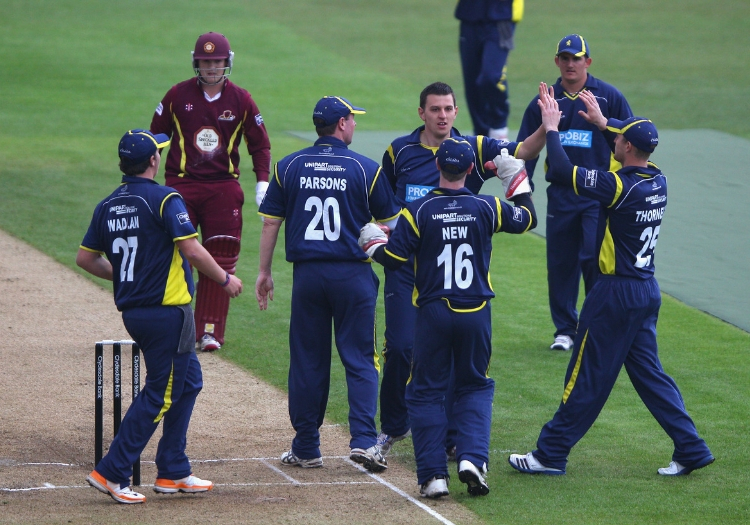 Action from a Unicorns game in 2012

The Unicorns representative team, which has competed against first-class counties at first or second team levels for the past 10 seasons, is no more.

The Unicorns were introduced in 2010 with the aim of providing a pathway for the best players in Minor Counties and recreational cricket into the first-class game.

They competed against the first-class counties alongside Scotland and the Netherlands in the domestic one-day competition from 2010 to 2013 and also entered an A team in the Second XI Trophy from 2011 to 2013, taking the place of the Minor Counties Under-25 team.

Since 2014 the Unicorns have competed in the Second XI Trophy and Second XI T20 competitions but the decision has now been taken to scrap the team due to a combination of financial and logistical reasons.

“This year we reintroduced a Minor Counties T20 competition that required extra funding. There was no additional funding from the ECB sand when we looked at the budget for the Unicorns, which is between £40,000 and £50,000 a year, if that went back into the pot it would cover the costs of the new T20 competition.

“Selecting a side has also become an issue in recent years. It’s a hell of job, especially  when players drop out at the last minute and you could be playing in Hampshire one day and Glamorgan the next. It concerned me massively that the sides we were putting out were no longer representative of what the Unicorns should have been which is recreational cricket.”

The decision to end the Unicorns has come as a disappointment to Phil Oliver, the former Warwickshire, Shropshire and Staffordshire batsman, who coached the team since its inception and before that the Minor Counties Under-25 team.

“Over the last two years it has been tough. It’s become increasingly difficult to take the side you would like onto the field,” he said.

“We could be playing in Bristol one day and Billericay the next day so you were having to pick almost two different sides. Selection has become very hard.

“Saying that, over the years – including the Under-25s - we got 60-plus players through to county contracts and when we were in the Pro40 we got eight or nine, players like Luis Reece, Mike O’Shea, Josh Poysden, Wes Durston and Lewis Hill, either back into the first-class games or contracts with counties.”

The Minor Counties representative side, which currently plays an annual fixture against MCC, will continue.