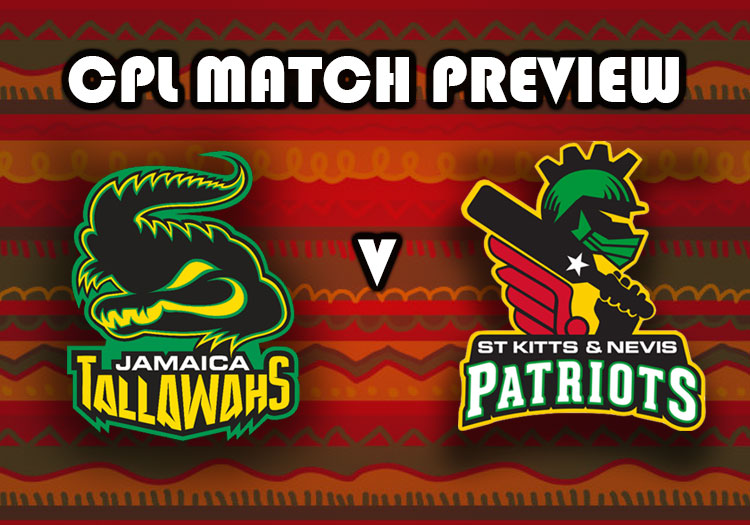 The match is scheduled to take place at 10am local time (GMT-5) on Wednesday, September 14.

This game is due to be staged at the Queen's Park Oval in Trinidad.

Jamaica Tallawahs currently sit second in the table, with three wins and two defeats from their first five matches. And they can consider themselves very unlucky to not have four wins to their name after suffering an eight-wicket defeat with one ball remaining against Barbados Royals last time out.

St Kitts & Nevis Patriots, meanwhile, are fifth in the table, with one win - a four-wicket triumph over Guyana Amazon Warriors - from six matches. They have, however, had two matches end in no result due to the weather which hasn't helped their cause.

Andre Fletcher has been the standout batter for St Kitts, scoring 153 runs (one half-century), while Rashid Khan impressed with the ball his first outing of the season, taking 1 for 12 from four overs. For the Tallawahs, Rovman Powell (200 runs) and Raymon Reifer (131 runs) have looked solid in the middle order while Mohammad Amir (10 wickets) has been unstoppable with the ball.

When the two sides met earlier in the tournament, Jamaica Tallawahs won by 47 runs. 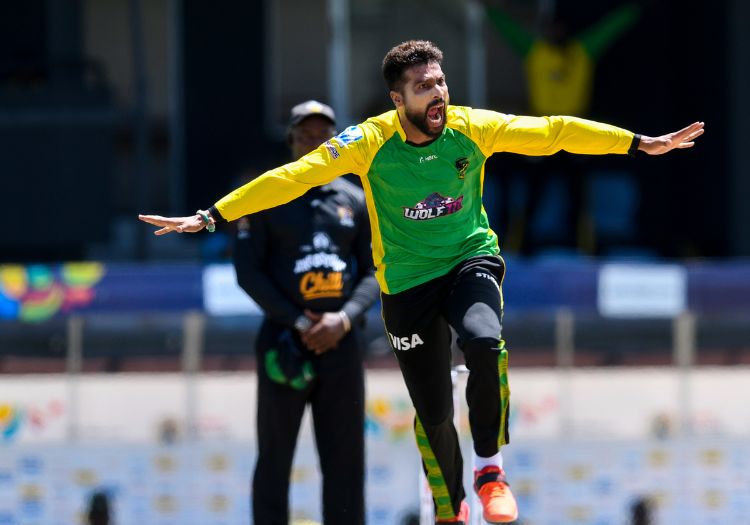 The challenge for St Kitts will be scoring runs against Jamaica Tallawahs' bowling trio of Mohammad Amir, Chris Green and Imad Wasim. They have taken a combined 19 wickets in the tournament to date and Wasim's economy of 6.15 is the highest of the group.

Amir has been particularly impressive, picking up six wickets in the St Lucia leg of the tournament alone. In his past three matches, he has conceded just four boundaries and bowled 29 dot balls.

Rashid Khan made his first appearance of the tournament against St Lucia Kings after being recruited by St Kitts as a replacement for Wanindu Hasaranga.

Jamaica Tallawahs are yet to confirm a replacement for Sandeep Lamichhane, who has returned to Nepal to face an allegation of rape.

Tickets are still available for this fixture, ranging from $4 to $17. There is also the $125 VIP stand.

A sunny start to the day but rain could disrupt play around lunchtime. 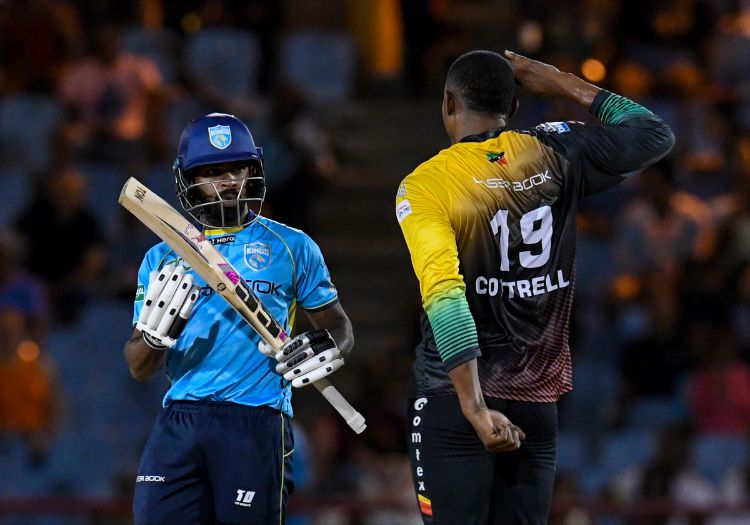 Sheldon Cottrell send a batter on his way [CPL/Getty Images]

Jamaica Tallawahs are available at 3/4 while St Kitts & Nevis Patriots are at 6/5.