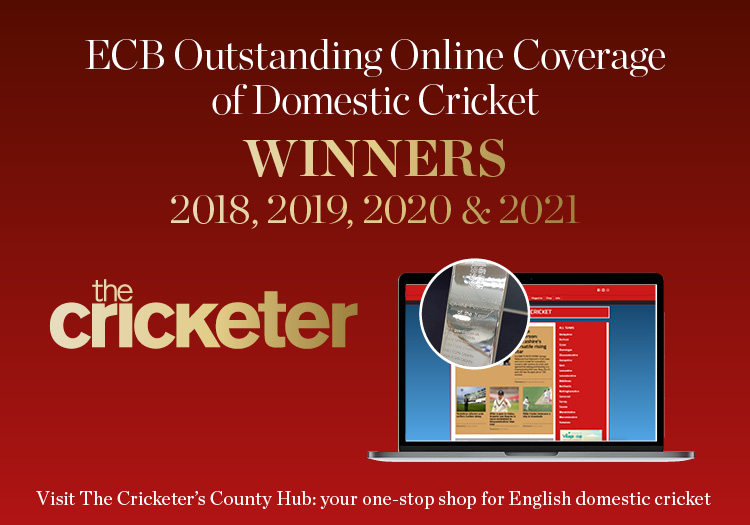 The Cricketer has won the Outstanding Online Coverage of Domestic Cricket award at the ECB Domestic Journalism Awards for the fourth year in a row.

The website and its associated social media channels saw off competition from outlets including BBC Sport and ESPNcricinfo to defend its title.

The Cricketer has continued to expand its domestic cricket coverage over recent years, investing in digital journalism with the addition of new writers, and committing to broadening the scope of our reporting.

In 2021, the Women's Regional Hub was launched - a one-stop shop for the newly professionalised women's cricket structure in England and Wales, featuring regular news, match reports, player profiles of every player on the circuit, podcasts, team guides, ground guides and more.

This was in addition to the existing coverage of the men's county game, which played a major role in our successes at the 2018, 2019 and 2020 awards.

In their comments, the judges said: "The BBC was highly commended for its unique real time coverage of domestic cricket via their online text and radio services, unmatched in any country in the world.

"ESPNcricinfo was highly commended for the quality of its match reports, white-ball analysis, its increasing coverage of the women's domestic game and strong contribution to reporting the unfolding events at Yorkshire CCC.

"But The Cricketer was the clear winner. It has made outstanding strides in its online offering, its tireless team of in-house journalists provide a wide and regular presence at county grounds across the country, and it covers in-depth stories about and interviews with individual players, both in the men's and women's game that appear nowhere else."

The Cricketer's digital editor, Sam Morshead, said: "We are thrilled to keep hold of our title in an extremely competitive field. I'm very proud of the range and depth of our domestic coverage, and hope to build on it even further in 2022 given the additional investment we have made in the team over recent months."

Matt Roller claimed the Christopher Martin-Jenkins Young Journalist of the Year award for his work with Cricinfo. Wisden Cricket Monthly's Taha Hashim and Isaan Khan of the Daily Mail were highly commended.

The Bolton News won the Regional Newspaper of the Year for the first time. The Liverpool Echo, the 2020 winners, were highly commended for its coverage.

The Cricket Paper won the Outstanding Newspaper Coverage of Domestic Cricket award for the first time since 2016.