In a rain-reduced contest, Leus du Plooy came good to see the Falcons over the line with two balls to spare 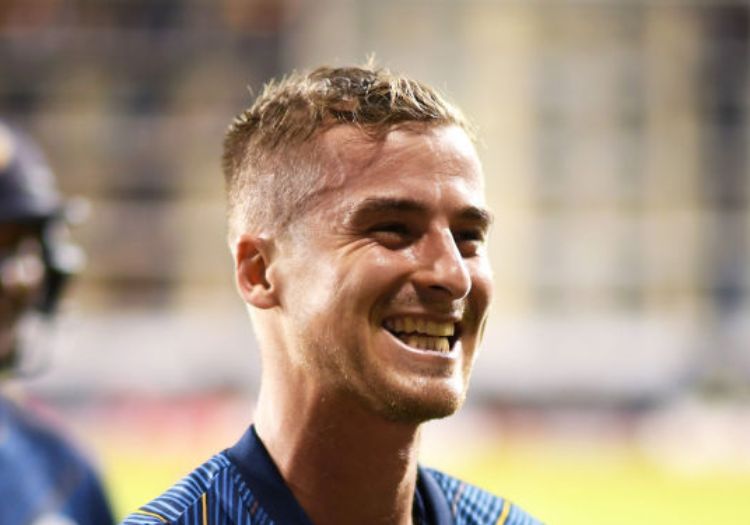 Leus du Plooy smashed an unbeaten 48 off 20 balls to lead the Falcons to a six-wicket victory over Yorkshire Vikings in a rain-reduced Vitality Blast North Group match at Derby.

With the Falcons chasing a revised target of 105 from 10 overs, du Plooy hit two sixes and a four off Matthew Waite to clinch a dramatic win with two balls to spare.

Harry Brook scored 77 off 50 balls, his third 50 of the competition, and Finn Allen hit four sixes in his 37 from 17 balls but the Vikings lost their last five wickets for six runs in 11 balls to finish on 175.

Fast bowler George Scrimshaw took three wickets in the final over to finish with 3 for 20 and spinner Mark Watt 3 for 29 before rain delayed the contest for 90 minutes.

The Vikings looked favourites when Dom Leech took three wickets but du Plooy had the final word to give the Falcons a fourth straight T20 win over Yorkshire at Queen’s Park.

The Vikings had threatened to run riot after Allen and Adam Lyth took 32 from the first two overs but Watt slammed on the brakes with a double wicket-maiden in the third.

Lyth was bowled swinging wildly at the spinner’s first ball and Tom Kohler-Cadmore was yorked by a quicker ball without scoring.

Watt’s next over cost 14 as Brook drove him for four and a straight six but the Falcons claimed the big wicket of Allen in the last over of the powerplay when he lifted Mattie McKiernan to deep square.

But Brook was combining placement with power, straight driving Alex Hughes and McKiernan for sixes to reach 50 from 29 balls although the Falcons were keeping the Vikings in range by picking up wickets.

Shadab Khan drove McKiernan for six but then played on to Watt before Will Fraine drilled Hughes to long-off. 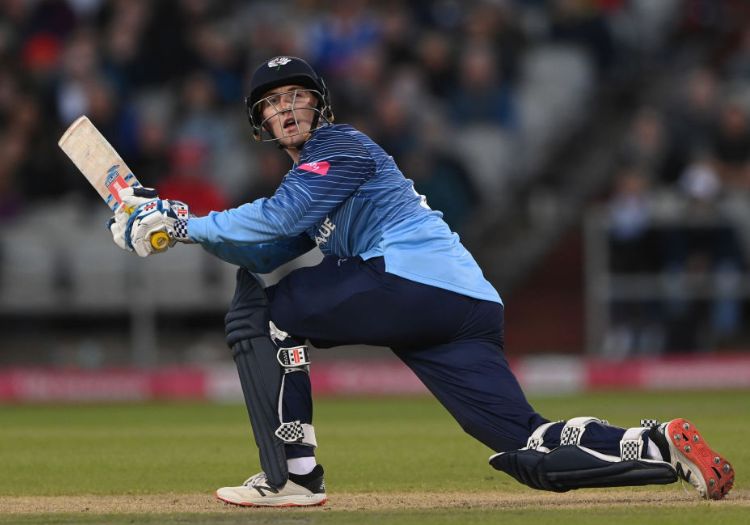 Scrimshaw used the short ball well to slow the scoring rate and although Brook pulled Watt for six, the Vikings fell away badly, scoring only 29 from the last five overs.

Brook and Matthew Waite fell to Kerr trying to clear the ropes before Scrimshaw bowled a superb final over, taking three wickets and conceding only one run.

Jordan Thompson scored only 12 from 17 balls before he skied to third, Dom Bess was lbw first ball and Matthew Revis was caught behind swinging at another well-directed short ball.

Rain delayed the Falcons chase and when the game resumed, Leech struck twice in the second over.

Luis Reece ramped the first ball for six but was lbw to the next and Wayne Madsen was caught behind cutting at the fifth.

Du Plooy got the Falcons back on track by driving Revis over long-off as 16 came from the third over but Thompson responded by conceding only three from the next.

Du Plooy pulled two fours off the fifth to leave the Falcons needing 56 off 30 balls and the home side moved ahead of the rate with three boundaries off Matthew Waite.

With the rain falling again, Shan Masood cut Thompson for four to reduce the target to 32 from 18 balls but was superbly caught at short third man by Bess who fell awkwardly and had to leave the field.

Brook Guest pulled Khan to long-on but with 19 needed off the last over, Waite bowled a wide and du Plooy did the rest, winning the game in style with a huge six over midwicket.