SAM MORSHEAD: These cuts might appear superficial but they are perilously close to the arteries of the domestic game. Now it is on us, the sports media, to do the necessary triage. And with a little imagination, it should not be that hard 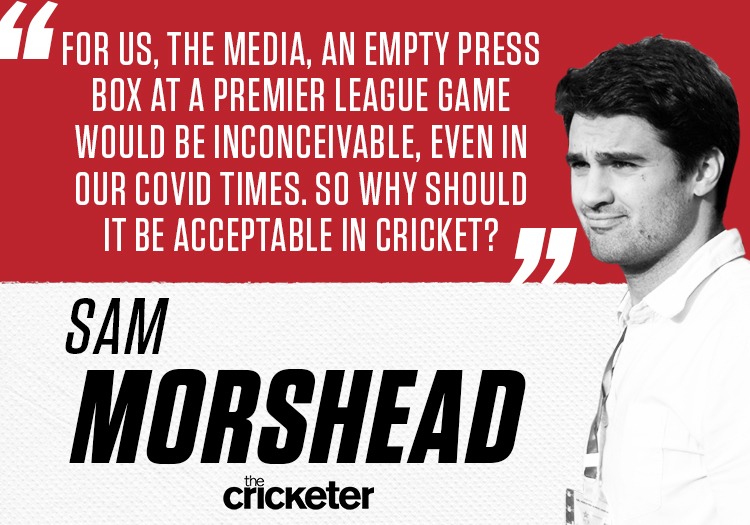 Another week, another existential dilemma for county cricket.

The ECB have announced the downscaling of the Reporters Network from 18 to six journalists in 2021, as part of institution-wide cost-cutting made necessary by the Covid-19 pandemic.

“The Reporters what?” you might ask. “Who the hell cares!”

It is unlikely you’d heard of these hardy hacks before Tuesday, and even if you had you probably didn’t know a great deal about what they do.

Strange, then, that Reporters Network copy is among the most widely read of all cricket journalism in England and Wales: regularly seen on this site, ESPNcricinfo, BBC Sport, dozens of regional news titles and via the national press agency PA.

Stranger, the ECB has seen the free cricket news wire important enough to solely fund it to the tune of around £70,000 per annum these past six years.

And strangest still, whether you realise it or not, next year - as a direct result of these latest changes - it is possible that some top-tier cricket will not be attended by a single member of the written press.

First thing’s first, this column is not an ECB-bashing event, with many apologies to those gleefully crafting shivs in the back row. The savings the governing body has to implement this winter are substantial and trimming back on the written word when, it seems, the famed new audience is lured more easily by video and social media makes some sense.

But make no mistake, though these cuts might appear superficial they are perilously close to the arteries of the domestic game. 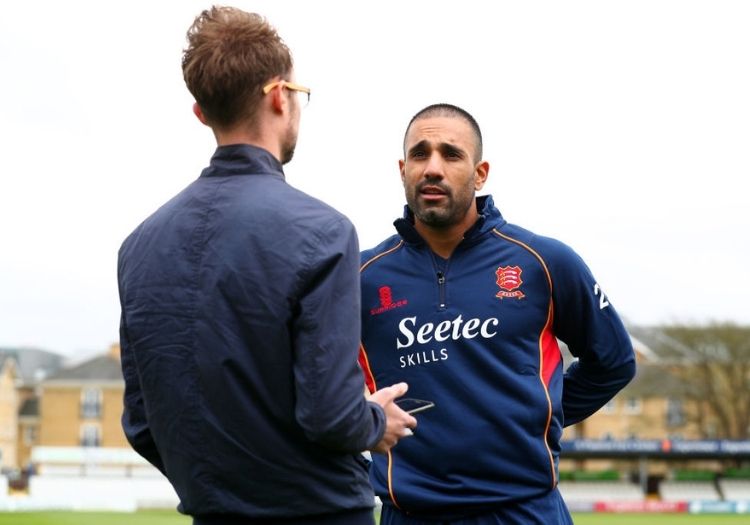 Now it is on us, the sports media, to do the necessary triage. And with a little imagination, it should not be that hard to achieve.

The Reporters Network was never the ideal solution - a centralised pool of writers, employed by the governing body, may at times have felt an urge to ingratiate themselves with the communications department at Lord’s, and their copy could at times lack personality - but it turned out to be the only viable option after the Press Association stopped their blanket coverage in 2014.

That in itself is a damning indictment both of the status of elite domestic cricket in England and Wales and a poor reflection of the media industry’s commitment to representing the diversity of sporting competition on these shores, but it’s also the reality.

As regional titles chopped jobs with the carefree recklessness of a drunk lumberjack, and most nationals reduced non-football column inches to microscopic levels, the Reporters Network offered a last line of defence on matchday.

It is because of the Reporters Network that county cricket has remained in focus in dozens of local newspapers.

It is because of the Reporters Network that sports editors at several major digital and print outlets are able to reliably catalogue every game in every nook of every county across the summer season.

It is because of the Reporters Network that players’ performances are accurately documented.

MORE OPINION FROM THE CRICKETER

The ECB are not giving up funding the coverage of the sport, far from it: six journalists will cover all county cricket in 2021, effectively creating beat reporters for different geographical regions.

For us, the media, an empty press box at a Premier League game would be inconceivable, even in our Covid times. So why should it be acceptable in cricket?

It is up to us - the critics - to find a solution.

This week, I wrote to the sports editors of a number of national newspapers and prominent cricket websites, proposing collaboration to keep the service as close to its previous guise as possible.

The value of a revamped Reporters Network, combining central ECB funding with contributions from national media, would be threefold.

Firstly, county cricket would have the chance to show off its immense personality.

Correspondents would be given looser rein and allowed to inject colour and humour into articles, making the most of the fantastic access afforded to journalists by the English domestic game and generating a breeding ground for a new generation of talented writers. 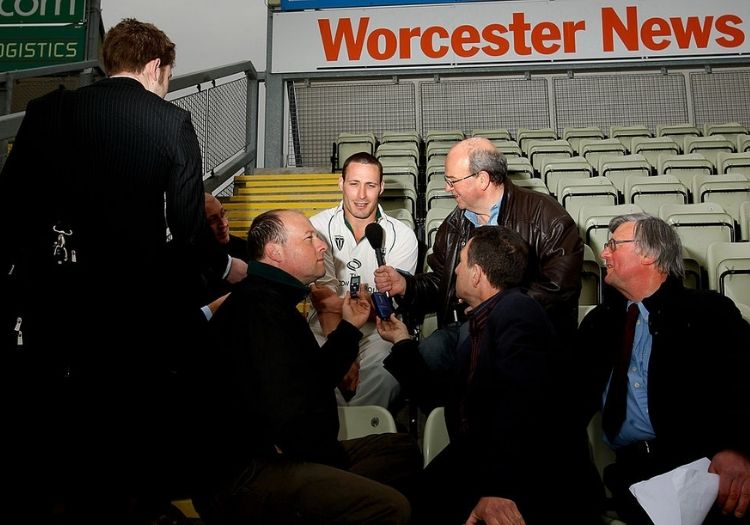 Next, the players themselves would be safe in the knowledge that their performances were being accurately documented, and not surmised via a combination of guesswork, scorecards and streamed highlights.

Finally, at a time when freelancers are being treated so poorly by government, we would make a public display of support - however small - to our friends and colleagues.

The Cricketer’s fag-packet calculations suggest that the sports media industry would need to stump up £15,000 per year to satisfactorily fill the gap created by these ECB budget cuts. With this, a further three journalists could be tied to summer retainers, and thereby create enough manpower to be on location when all 18 counties play at the same time.

This is still far from ideal, as any clash with the women’s elite domestic competition would expose, but it would be a start.

Split among a handful of the most prominent users of the service over the past few years - including The Cricketer - this would not amount to much more than £2,000 or £3,000: a tiny sum for the potential benefit to the cricket community, the status of the county game, the reputation of the sports media, and the lives of several of our colleagues and friends.

For it to happen, however, editors and those in charge of pursestrings need to embrace the notion of collective responsibility.

The service would still be free to every outlet in the country, and there would be no additional perks for those footing the bill. For an industry obsessed with the exclusive, this is a problem that can only be solved with inclusivity.

It is time for us to own it.