ROOM 111: Tardy fans ruin the perception of cricket and insult those less fortunate

Over the course of the winter, The Cricketer's writers and contributors will nominate their candidates for the Room 111 vault, before a public vote. This week, it is the turn of NICK HOWSON... 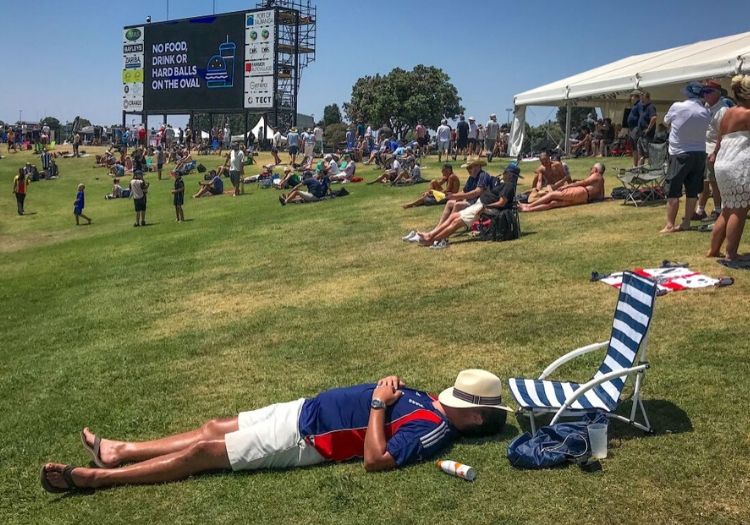 Michael Vaughan couldn't help but bark on about it. The fourth morning of the third Ashes Test at Headingley was near to capacity well before James Pattinson sent down the first ball of one of the most momentous days in English cricket's recent history.

But with the urn within Australia's grasp, the day coinciding with the Sunday on the last summer Bank Holiday of 2019 and temperatures soaring you would hope the 18,000 ticket-holders would find time to incorporate the Test match into their precious schedules.

Tickets for such events are increasingly sought-after. Matches against Australia transcend cricket's narrow walls, attracting a much broader base of interest. Like golf's Ryder Cup, entirely new markets are drawn to its unique majesty. Over 145,000 submitted ballot entries for 2020 international tickets for the first purchase period after a summer in which venues hosting the England men's side were at a record 92% occupancy.

Though international cricket isn't cheap, it is some of the best value elite sport available on these shores. Tickets for the penultimate day in Leeds ranged between £50 and £135. For six-and-a-half hours of play, it compares favourably against a Premier League football match (£30-£97), Centre Court seat for Wimbledon (£70-£130) or Six Nations game at Twickenham (£60-£165).

Curiously, however, cricket attracts the tardy and the late like a few other sports. Perhaps that is linked to the exhaustive day which many mightn't be used to - too much sport?!? - or the preconceived idea that sessions take time to get going.

Whatever the rationale behind it, days of cricket are very rarely played to full stadia until well past the first hour - often regardless of the format. Money splurged, holiday booked off, hotels reserved yet some roll into the ground without a care in the world. And that is before they have to ask for their row to stand up.

There are two issues with this consistent blight on the sport. As the World Cup highlighted, there are few things devoted supporters hate more than visibly empty berths for sold-out events, particularly when they're staring straight at them from the other side of the TV screen.

I am not asking for fans to remain in their seats for an entire day of play - cricket is one of those rare sports where occupying various vantage points is among its beauties - but turning up on time is hardly a seismic demand.

One plausible reason for being carefree with your timekeeping might be because a day out at the cricket simply isn't an earthshattering event for some ticket-holders. Cricket followers are typically creatures of habit. A touch below a quarter (24.39%) of respondents to The Cricketer's Big Cricket Survey went to three days or more of men's international cricket last year.

Indeed, if that is the case then governing bodies need to do a better job of attracting a broader base of fans to matches - which is a fresh debate altogether. Furthermore, newcomers are liable to be far more exhilarated by the prospect of a day at the cricket than a debenture seat holder settling for their umpteenth summer. They're equally as welcome, but we all know who is more excited. Perhaps advance ticket windows for new fans could be an option, though regulating such a policy would be problematic. 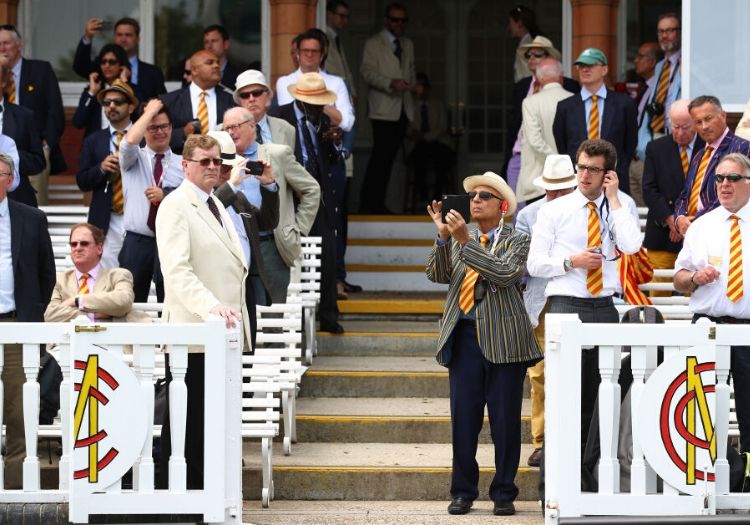 In a world where there is plenty of competition, lateness is about as abundantly rude as you can possibly be. The idea that you value your own time over another's is pompous and sanctimonious. Our lives are only as busy as we allow them to be.

Such idleness has been fueled by the technological age. Netflix, Snapchat, YouTube and Instagram are not so much distractions but ways of life. Furthermore, contacting loved ones, colleagues and family members have never been more accessible, and easier to let down. This has bled into how we inhale sport. Streaming services are advertised as 'watching on the go', live texts provide up-to-minute updates while radio coverage is impressively comprehensive and engaging. There is no such thing as second-screening: these are increasingly becoming the main outlets.

Ways of combatting such behaviour is difficult. Open seating could be one option - the MCC's benches at Lord's reward the hardy souls who queue before the crack of dawn for a prized position. Barring entry after a certain time could be another, albeit extreme, alternative.

Cricket has a shrinking audience, so perhaps it cannot be turning away its most devoted supporters, but something needs to be done to ensure all eyes are on their grandest events.

OTHER NOMINATIONS FOR ROOM 111

Mark Baldwin: The three cricketing laws which need to go