SAM MORSHEAD - EXCLUSIVE: Multan Sultans go into Friday's draft having implemented a major overhaul of their backroom staff, parting company with former head coach Johan Botha and inserting two men who between them made England Test No.1 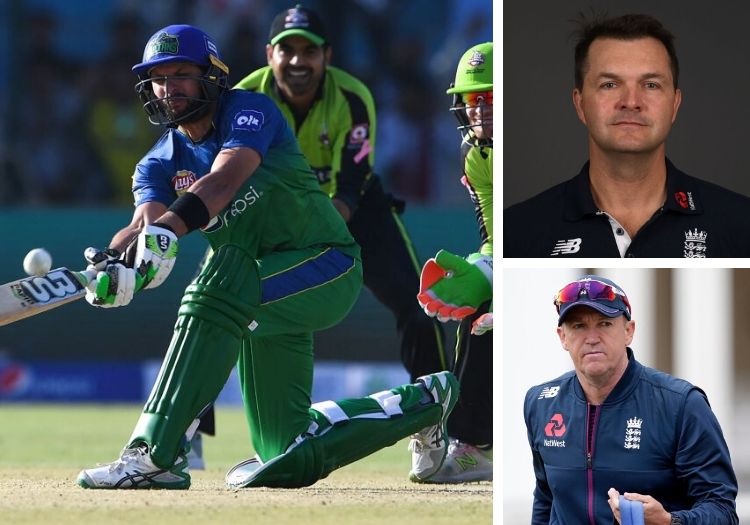 A Pakistan Super League franchise has reunited Andy Flower and Nathan Leamon as they put their faith in England’s former head coach and senior analyst to land them their first championship.

Multan Sultans go into Friday’s PSL draft having implemented a major overhaul of their backroom staff since finishing fifth last March, parting company with former head coach Johan Botha and inserting two men who between them helped England become the No.1 Test team in the world around the turn of the decade.

Leamon, the current national team white-ball analyst and head of innovation and research at the ECB, has been granted leave to help the Sultans prepare for and compete in the fifth edition of the PSL, where he will team up with the man who gave him his first job in elite cricket 10 years ago.

Flower, who left the ECB in October after a 12-year association, employed Leamon - the holder of a maths degree and then director of coaching at Eton College - in 2009 as he looked to integrate data within traditional coaching.

The pair achieved plenty, winning the World T20 in 2010 and claiming the first Ashes series win on Australian soil for a generation the following year.

Now they have been given the chance to rekindle their success in franchise cricket - an area in which Leamon is keen to gain more experience. 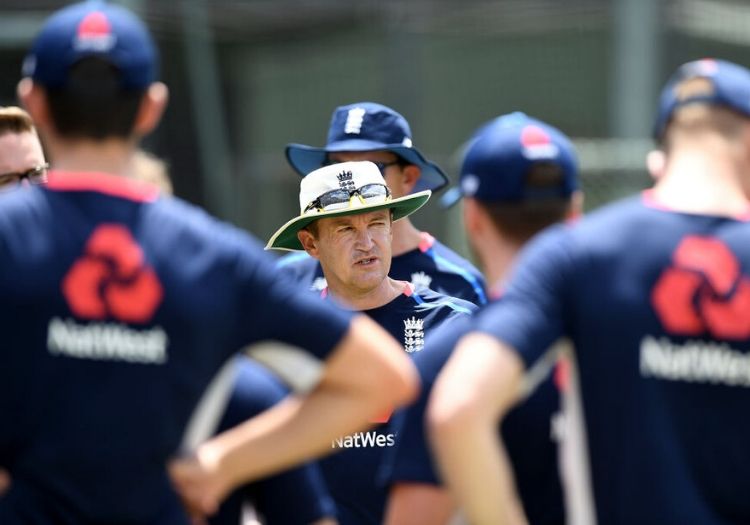 Andy Flower is the new head coach of Multan Sultans

“The attraction for me, right from the start, was that the owners made it very clear that they wanted to try to take the use of analytics to the next level and put it to the centre of their planning - both for the draft and on the field, how we set the team up to play,” he tells The Cricketer.

“The ECB is keen for the coaching and support staff to have opportunities in franchises, so they’ve generously agreed to release me for a period during the PSL.

“The key is always to take the experience and knowledge of coaches and players, and mould that with the insights that the evidence can give you.”

Leamon was first approached by the Sultans during the World Cup, and was soon sold on the idea - partly because the role will give him opportunity to further analyse T20 cricket ahead of a pair of World Cups in 2020, and partly because of the willingness of the owners to be led by the men they have brought in.

“Andy is ultimately responsible for getting those ideas onto the field, along with the captain.

“Coach and captain will make the final decisions at every stage, but behind them is a structure that tests their thinking and gives them all the information they could possibly need to make the best decisions they can.”

Multan’s majority shareholder Alamgir Tareen - the Pepsi franchise holder for the South Punjab region of Pakistan - is a big believer in the fresh direction his team is taking.

Tareen studied at Berkeley and Yale in the United States, and became a fan of Oakland Athletics - the baseball outfit whose rise under general manager Billy Beane forged the legend of ‘Moneyball’.

“We think that there’s a lot to be gained from having a more analytical approach,” he says.

“There is no decision that Andy and Nathan will ever take that is not completely grounded in sound logic. You do sometimes come up with instinctive ideas, so we don’t want to discourage that, but whatever idea comes up it still has to go through the rigorous process. 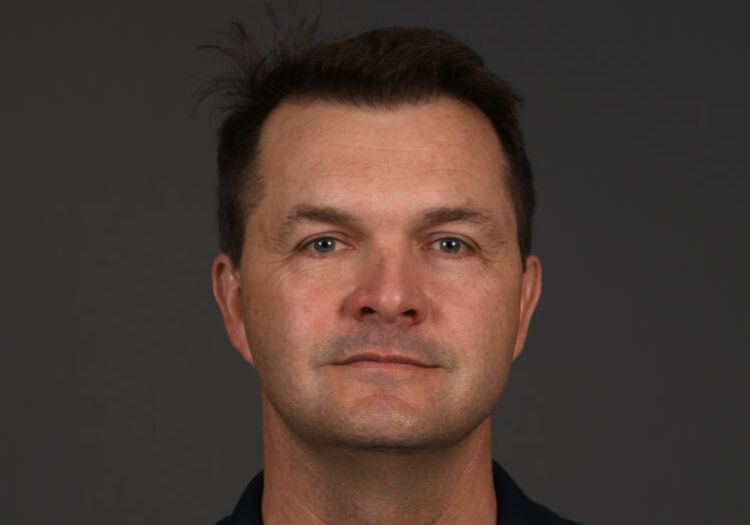 “Oakland is a small market team and they have no choice but to make the most of their resources. Over time, what Oakland started you would expect other teams to come up. You’re always looking for the edge.”

Leamon is wary of the overuse of the term “Moneyball” - “it makes me itch every time I have to say it” - but since the release of Beane’s book in 2003, and following the advent of ball-by-ball data and Hawkeye tracking in the mid-2000s, the concept of sabermetrics has become steadily more prevalent within cricket.

“There are two sides to Moneyball - one is in optimising the tactics and strategies on the field, the other is trying to take advantage of weaknesses in the market,” he says.

“The second of those is probably the more powerful. When I work with England, we don’t operate in a marketplace so we don’t have the opportunity to take advantage of other people’s misvaluation of players.

“The entire focus then is on how we can influence and assist with the tactical side of things.

“The fun for me of being involved with a franchise is I can start to work on the other side, to look at the marketplace and take advantage of those misvaluations.”

And so to the first of Leamon’s primary responsibilities with Multan - the selection of a squad for next year’s PSL.

When Tareen’s consortium purchased the Sultans 12 months ago, paying more than $5.2million for the privilege, they had no time to pull together a team they could call their own, having inherited the roster from previous owners Schon Properties.

Their retained list for 2020 includes some leading lights - notably Shahid Afridi - but they must still fill all bar one of their overseas slots (England’s James Vince remains).

The planning meetings ahead of Friday’s draft have taken place on two continents - from Kensington to Lahore - over the past month. Now, Leamon says, Multan “have all the information we can” to come up with a strategy.

Have there been arguments behind the scenes where ideas have competed with each other, The Cricketer asks.

“I’m not competing with anyone; I’m collaborating with people who have different ideas,” Leamon replies, emphatically.

“We’re all working together to come to the best possible outcome, because we’re all on the same side.” 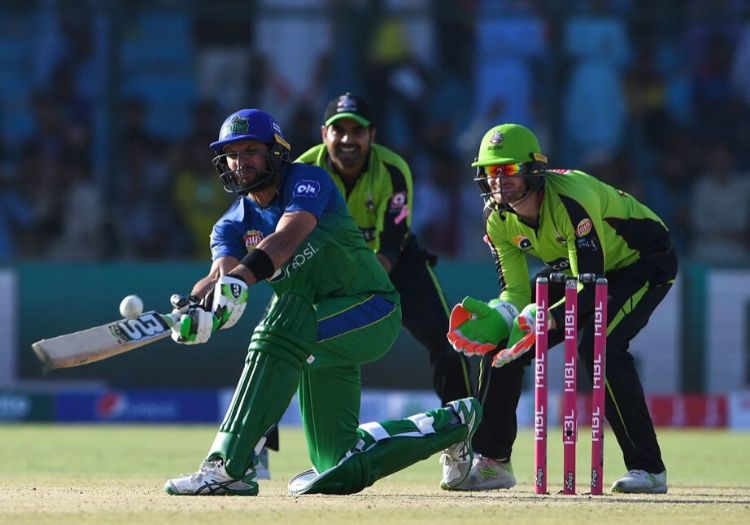 “I was attempting early on to make this a decision tree, where we could just take that document - that algorithm - with us,” says Tareen, reflecting on the process.

“I was hoping that we won’t have to take decisions on the fly but the number of permutations and combinations will not allow us to do that.”

“It evolves over time,” says Leamon, when asked about how he and his team begin the task of draft recruitment.

“You start with a very open idea of what possibilities are available to you, because you don’t know what the other teams are planning, who they are going to retain or the final availability of overseas players.

“As you get closer, you try to refine it.”

Picking the right overseas players, and highlighting homegrown gems, are integral to a franchise’s success.

Multan are expected to favour English stars and overseas spinners, and may spring a surprise when it comes to domestic cricketers on Friday.

“Then there are very different balances of power within the local players. In every league in the world, the most valuable players are your best local players because you’re not using one of your overseas slots to play them,” says Leamon.

“Different nations tend to have a surplus of different types of player. In the IPL, you don’t see that many overseas finger spinners, in the PSL there is normally an oversupply of good seamers in these conditions - and that tilts your strategy.”

Whatever the outcome, come Saturday morning Multan will have a squad; and Leamon will be able to start thinking about the match-ups that will crop up when the league resumes in February.

Will the plan work?

“I think we do have a system where we have a chance,” he says.