Nominations are now open in each of the seven categories, with the cricket community encouraged to put forward those who have made a difference 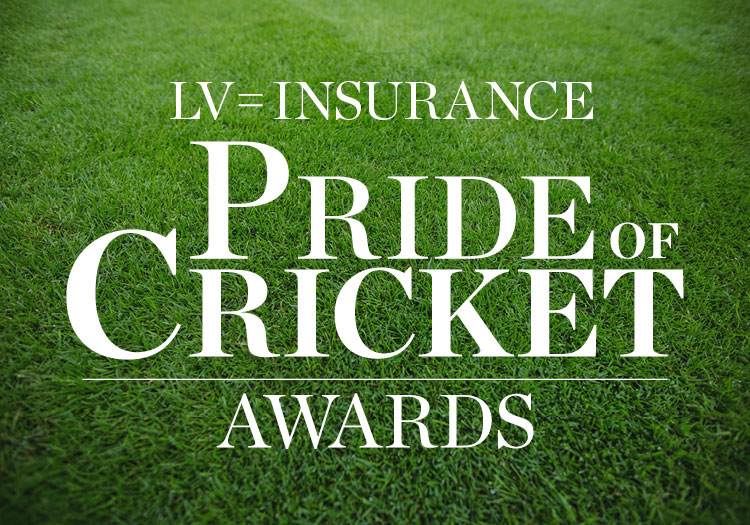 Nominations are now open for the LV= Insurance Pride of Cricket Awards, celebrating the kindness, compassion and creativity of the cricket family in the UK.

With the support of title sponsor LV= Insurance, the awards present an opportunity for clubs, organisations and charities to put forward individuals who have gone the extra mile to inspire, encourage and engage the community with the sport, over both the past 12 months and their lifetimes.

Spread across seven categories - from lifetime achievement to community engagement, fundraising to social media - the awards encapsulate the importance of selflessness, ingenuity and dedication within the game of cricket.

The categories are as follows:

LV= Club Hero: Open to individuals (or group of individuals) who have done the most to help their club thrive or survive in the current climate.

LV= Pro Hero: Open to the professional cricketer, male or female, who has given the most back to their community over the course of the past 12 months.

LV= Young Hero: Open to a child or group of children under the age of 18 who have given back tremendously to the cricket community over the course of the past 12 months.

LV= Fundraising Hero: Open to individuals (or group of individuals) who generated money for charity or fundraised for clubs.

LV= Community Hero: Open to an individual (or a group of individuals) who have taken cricket out into the wider world, and generated new interest.

LV= Media Hero: Open to individuals whose work in media – traditional, mainstream, digital, social, professional and amateur – has given cricket and their cricket community increased prominence.

LV= Pride of Cricket Award: The headline award, recognising the lifetime contribution of an individual to the game of cricket, away from the limelight.

Jon Mansley, Sales and Marketing Director, LV= General Insurance said: “We are delighted to sponsor the LV= Insurance Pride of Cricket Awards and extend our longstanding heritage and association in cricket, which dates all the way back to 2002 during our first stint as title partner of the County Championship.

“This partnership gives us a platform to highlight some of the fantastic #Funds4Runs projects taking place this summer to help grassroots cricket get back on its feet after a challenging year.”

Simon Hughes, The Cricketer magazine’s editor, said: “These awards are important in highlighting the incredible work taking place at cricket clubs, charities, organisations and initiatives across the country every week of the year.

“Our sport is nothing without its dedicated grassroots family, who keep the flame of cricket burning in the eyes and hearts of so many people, and continue to inspire and engage new enthusiasts every month.

“We are very grateful to LV= Insurance for their support of these awards, and showing their commitment to the cricket family as a whole.”

Nominations are open until midday on Monday, July 12, after which time a judging panel will whittle the entries down to seven shortlists.

Those names will then be put to a public vote, hosted on TheCricketer.com in August, with a virtual awards ceremony due to take place late in the English cricket summer.