After a disappointing end at Sussex, Luke Wells is ready for his new dawn

SAM DALLING: The manner of Wells' departure from his home county was unusual – a consistent presence at the top of the order seemingly pushed out ahead of his prime. Now at Lancashire, his eyes are on the future 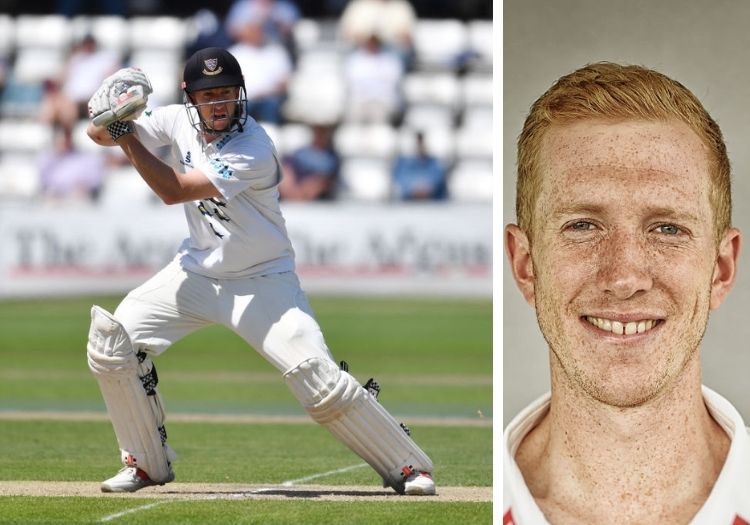 “I am not really a philosophical person who believes things happen for a reason,” explains Lancashire’s latest acquisition Luke Wells. “But the fact is, being released led to this incredible door opening.”

A year that started with such promise – a record-shattering 290 smashed in grade cricket for Casey-South Melbourne in February – will have a happy ending after all.

For a time, it was touch and go. Left out by Sussex ahead of the Bob Willis Trophy, he was let go by his boyhood club.

“It has been an absolute rollercoaster to be honest with you,” he admitted. “I felt completely helpless. It was all incredibly uncertain and stressful. I felt complete lack of control of my situation nor was I able to do anything.”

Most independent observers believed Wells would have little trouble finding a new home. Generally considered the best red-ball free agent on the circuit, his age, 29, and record – 18 first-class hundreds – suggested securing his signature was a no-brainer.

But opinions – however favourable – do not cover the electricity bills, and cricket has been hit hard in the pocked by the current pandemic.

After several false dawns it looked like the end was near and a career shift inched closer as the days ticked by, until Lancashire swooped.

“Each time an opportunity came up – including two or three potential loan moves in the summer - it seemed to disappear,” he says. “Every time I got my hopes up, they came crashing down. With the coronavirus and having not played a single game at Sussex, part of me was thinking: ‘Have I played my last game of professional cricket?’

“I was resigning myself to have to find something else. Suddenly Lancashire showed interest and the contract got signed. It is all an absolutely whirlwind. For a club like that to come in for me is unbelievably exciting. It is an honour and a privilege.

“To have someone like that Glen Chapple have faith in you is such a lift. It is a Test ground and really does have a fortress feel about it. There is red everywhere – it is just magnificent now. The idea of playing in a Roses match and being involved in that rivalry. I cannot wait to put the Red Rose on and see my name on the back of my shirt at such a huge, proud and historic county. I am just so excited to be part of it and cannot wait to get stuck into it.” 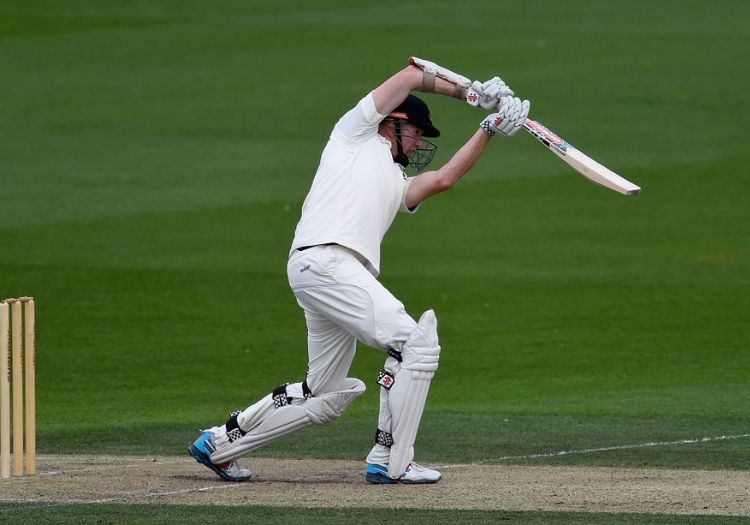 The way some react when faced with adversity speaks volumes for their character. Some throw the toys out the pram, and in an age when the whole world is merely a few clicks away, the temptation to seek the instant affirmation of outsiders burns strongly. But that is not Wells’ style.  His personality is, much like his batting, calm, measured and well-considered.

Throughout the past few months, he has maintained a dignified silence, neither stoking the fire nor reacting when invited to strike a low blow.

Even with the ink dry on a new two-year deal he stresses his memories of Hove – where both his uncle and father also made careers - will be fond.

“99% of my time at Sussex has been incredible,” he reflects. “It is my childhood club and I have strong family connections to the place. I have done it the traditional way, coming up through the ranks of the academy and have had some amazing times. It was sad the way it ended but I shared the dressing room with some fine, fine players and some really good guys. In years to come I am only going to remember the good times.”

Wells harbours no bitterness or resentment over his release. Tough decisions are part and parcel of professional sport, and he is not the only high-profile departure from Sussex this year; Danny Briggs and Laurie Evans have moved on to Warwickshire and Surrey, while Harry Finch and youngster Will Sheffield were both released.

But any breakup is painful and Wells is hurting, the disappointment audible in his voice.

“I was told before the first game that I wasn’t going to play and was given feedback as to why. There were numerous reasons and so I went away to work on those things. But when I asked whether I was in the plans and what I could do to get into the team I was told: ‘Not much.’

“They said with so few games in the season the team was unlikely to change. There were times that I was left off training schedules and so had to call up to ask if I could come in to train. It was clear that I was being squeezed out and the way it was managed was disappointing.

“I understand that financial aspect and appreciate that tough decisions had to be made. I have no qualms about that. But I think it could have been handled slight better – I was disappointed in the manner it turned out. Laurie and Danny are two fine players who have gone to other Test match grounds and luckily I have been able to as well. Harry and Will are both talented guys and hopefully they find a club soon. 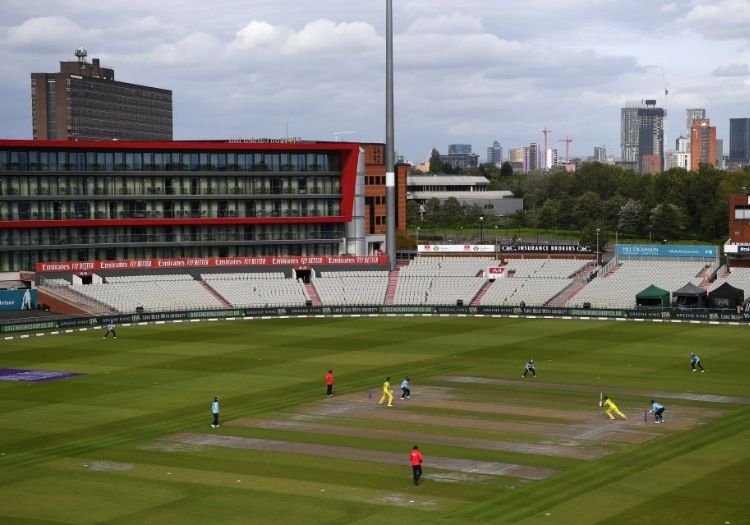 “It was ironic because I had found a spark in my game that I felt had been missing. Something had been holding me back. It was frustrating because I felt like I was playing very, very well and so to not get a chance at all and then to be released was very difficult to take, I won’t lie.”

Wells is a decent bet to enjoy success in the North West. A top-order man closing on 8,000 first-class runs, his part-time spin and evolving game mean he could also make his mark in the white-ball game. “Glen Chapple is determined not to pigeonhole me,” he adds. “That is part of moving to a new county. You get fresh eyes, a fresh approach a new lease of life. You can go there with no baggage and show people what you can do.”

Primarily though he has been signed to spend time in the middle – he once made a nine-hour double century against Surrey.

But if there is one thing that has eluded Wells it is consistency; for every fruitful season a fallow harvest has followed.  In 2017 he racked up 1292 first-class runs at 64.60. The next two summers yielded just 1233 runs across 54 innings.

“I felt like I had cracked the game in 2017 –  like I could get a hundred every time I walked out to bat It felt amazing and I thought: ‘I am just going to keep doing this.’ When I am playing my best cricket I do believe that I am one of the better top order batsmen around. My numbers prove that, but I have had leaner spells which I should be able to shake off more quickly.

“I am not going to hide from the fact that the last couple of years I have been below the level I would expect of myself. I think the weight of pressure and stress, added to the technical glitches that had crept into my game, spiralled into a lack of performance in 2019. I was fighting myself and my game all the time - which I don’t think helped. Doubts started to creep in and I could not shake them off. I still felt mentally tough enough and put in a few match winning performances but not consistently.”

Wells is the right side of 30 and still has time to push for higher honours. Zak Crawley’s exploits this year suggest he will be around for a long time but the other spots at the top of the Test order are still there to be won. Such thoughts are not even on Wells’ radar.

“I have fallen into that trap a few times in the past,” he explains. “I have had good numbers compared to others but, rather than staying in the place that makes you score those runs in the first place, I have taken my eye off the ball and performances have slipped. I saw Ben Stokes say after an IPL game that outside noise doesn’t bother him. That is the place I want to go. Whether it is good noise or bad I have got no interest in it. 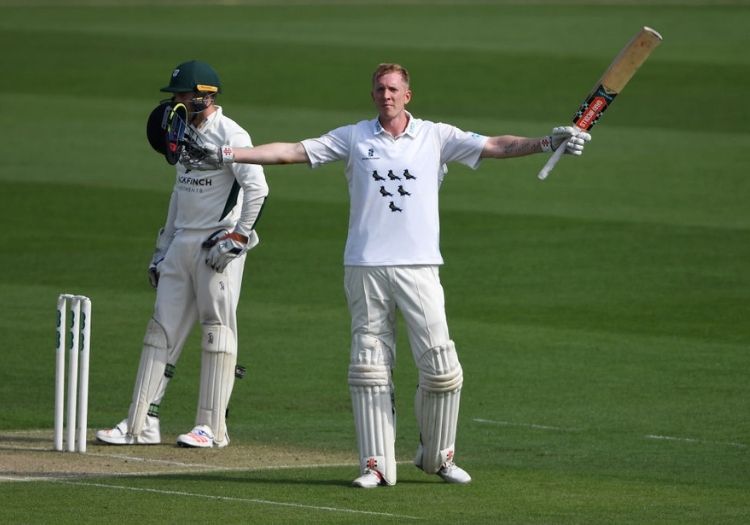 One of 18 first-class hundreds

“When it does click and I play at my best, I believe I can score big runs and put in match winning performances. I am going to try to do for Lancs without putting pressure on myself like I used to. If other things happen as a result of that then great, but right now I am just thankful to have this opportunity. To be playing for such a great club is enough for me.”

By the time Wells’ takes guard next summer more than 18 months will have passed since his last professional knock – a duck in what turned out to be his final innings for Sussex.

“Going through what I have gone through this season, will allow me to approach the game with the enthusiasm and joy of a young player who has just come through,” he says. “I am not going to be bemoaning the challenges and the ups and downs. I am going to embrace and enjoy them. When I walk out at Old Trafford for the first time and take guard, I am going to look around and think: ‘How lucky am I? How cool is this?’

“That mental approach is going to help my game. I am determined to use this second chapter in my career to enjoy and be fully engage in what I am doing without the stresses and worries that naturally happen in the game. Cricket is not a forever thing so enjoy the ride why you can. That is what I am going to try and do.”

From the tranquil surroundings of Hove, with its deckchairs and gentle seas breeze, to the hustle and bustle of Emirates Old Trafford, Manchester – “London of the North”, as he puts it. Life is sure to be very different for Wells, his fiancée and their young son.

“Marian is French and already thinks we are miles north on the south coast! But the opportunity was good too good. I have played there a couple of times, but it is neutral ground – neither of us know the place. We will have to take the umbrella and the wellies for sure. It is an adventure for all the family, but we are all nervously excited and optimistic about.”

Good luck finding anyone in the game that wishes them anything but the best.