XAVIER VOIGT-HILL looks back at the best and worst of this week in cricket, from Jonny Bairstow's Test recall to the outrage surrounding Cricket South Africa 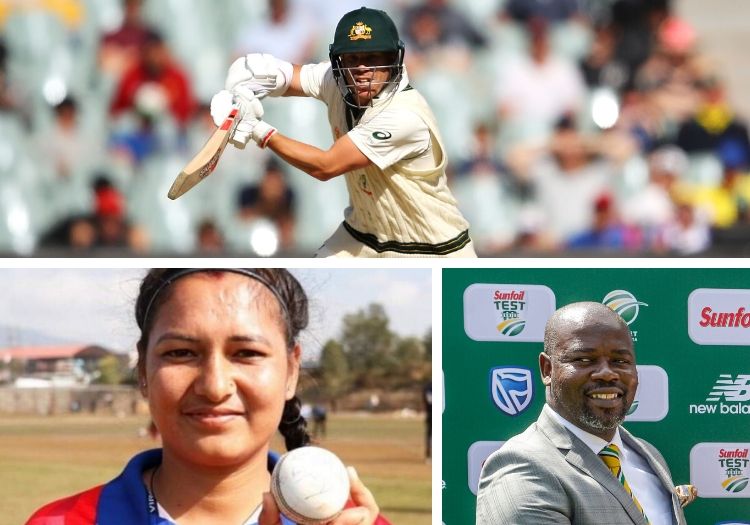 Records keep on tumbling as the decade nears its end, with the latest entrant into the history books claiming a remarkable haul of six wickets without conceding a single run during a full T20 international.

Nepal seamer Anjali Chand performed the feat with just 13 balls during her country's fixture with the Maldives during the South Asian Games, and her feat is made all the more remarkable by her side dismissing their opposition for just 16 – from a platform of 11 for 1 – and doing so on her international debut.

She becomes the sixth woman to claim six wickets in one international T20 outing, with Amy Satterthwaite's 2007 record of 6-17 for New Zealand against England in Taunton now surpassed five times inside the last 18 months.

The record as far as the men's international game goes remains with India's Deepak Chahar, who dethroned Ajantha Mendis from the top two spots by claiming six Bangladesh wickets – including a hat-trick – for just seven runs in Nagpur last month.

Chahar, however, is a strong contender for one of this week's Bad Week gongs, having conceded 56 runs to the West Indies during his first four overs back in national colours since sealing that record.

No sooner does one Test series end than another one roars into life. England's brief trip to New Zealand has now been and gone, with the hosts runaway victors in Mount Maunganui's inaugural Test after a BJ Watling double-hundred and finishing the 1-0 series win with a comfortable draw in Hamilton.

While South Africa deal with a substantial dose of administrative turmoil – more on that later – England have today confirmed a 17-man squad for their next portion of the World Test Championship, and there are few surprises among their ranks. 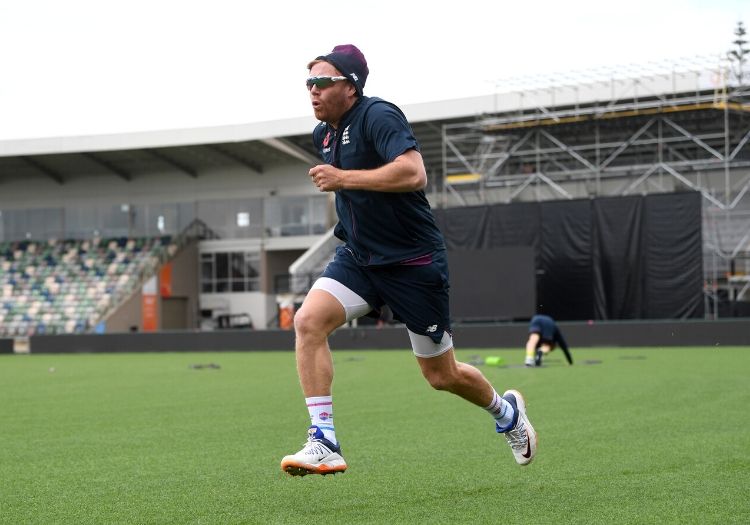 James Anderson and Mark Wood return after an extended period out of the side with injury – Anderson in the calf and Wood in the knee and side – and England have opted to only omit Saqib Mahmood from the team that travelled to New Zealand, with the young Lancashire seamer unlikely to feature in a first-choice side at this stage.

County teammate Matt Parkinson remains as an understudy for Jack Leach, with Moeen Ali continuing to take time away from the international game after struggling through the summer of 2019.

The man likely to be most pleased with the squad announcement is Jonny Bairstow, who had been dropped from the Test side for South Africa just days after being named to an all-formats central contract. The message at the time was to get back into the middle and focus on run-making at first-class level, though here he returns before even playing a competitive red-ball fixture.

With Jos Buttler and Ollie Pope retaining their places, England now travel with three wicketkeepers, and Bairstow may fancy his chances of winning back his slot in the XI with both significantly less experienced with the gloves in the long form of the game.

Englishmen in the Pakistan Super League

The Pakistan Super League will return for its fifth instalment next February, and this year's edition is set to make history. Security concerns had meant previous editions were held mostly in the United Arab Emirates with the occasional game in either Karachi or Lahore.

However, with Pakistan gearing up to host Test cricket later this month for the first time since an attack on the Sri Lankan team over a decade ago, the PSL appears to also have the green light to get going properly on home soil, and yesterday's draft means there is plenty to keep an eye on for English fans, with 14 players already signed up to take part.

The list is rounded out by Multan Sultans, who The Cricketer exclusively revealed this week will be led by former England coach Andy Flower and his data-driven analyst sidekick Nathan Leamon. After spending the Abu Dhabi T10 under the leadership of Trevor Bayliss, Moeen Ali will link up with Flower in Multan and join eight-county stalwart Imran Tahir and compatriots Ravi Bopara and James Vince.

The past seven days have seen ever-developing scandal rock the administrators of South African cricket, just weeks before their men's side is due to welcome England for three World Test Championship matches.

Drama began to really unfurl over the weekend, as several senior journalists – including Neil Manthorp, Firdose Moonda and Stuart Hess – were informed that their accreditation had been withdrawn by Cricket South Africa, with a spokesman later describing the action as a direct consequence for reporting pieces that the board deemed "unmediated attacks"

Backlash was swift, with CSA chief executive Thabang Moroe eventually reversing the decision and contradicting his colleague by describing the revocation as "[an] erroneous process", but by then the damage had been done.

Moroe has now been suspended with pay – former head Jacques Faul was announced as an interim replacement while the board hunts a more long-term candidate – and a host of sponsors and stakeholders have come out to reveal their support for the players and journalists, calling for the entire board to resign.

A long-awaited press conference this afternoon may have confirmed Faul's (albeit temporary) role and also suggested that former Proteas skipper Graeme Smith is close to agreeing to join the board as director of cricket, despite previously citing administrative problems as a factor in his withdrawal.

With players threatening strike action and major sponsors Standard Bank and Sunfoil threatening to end their partnerships unless (or even if) the board is replaced, there are sure to be further developments as the saga continues to evolve over the coming days and weeks. 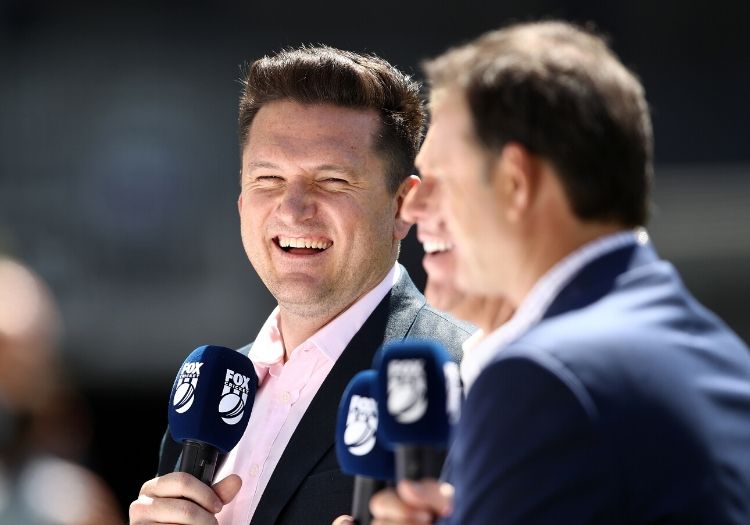 By the very early hours of Tuesday, it was almost certain that the closing match of England’s Test tour of New Zealand would peter out into a forgettable draw. Once the visitors had been dismissed for 476 on the penultimate day – leading by just 101 on first innings, despite Joe Root’s first double ton as captain – only a remarkable flurry of wickets at Seddon Park could begin to stop the Blackcaps from batting sensibly and playing out a 1-0 series victory.

And that’s precisely what happened. The sensible batting, not the historic collapse.

England’s case wasn’t particularly helped by Joe Denly, who swiftly undid the good work of his leaping grab in the Ashes Test at Lord's by spilling a routine chance off the bowling of Jofra Archer.

To compound things further, eventual centurion Kane Williamson was the batsman in question, deceived by a canny change of pace from Archer and chipping the ball directly towards the mitts of Denly.

Towards is, of course, the operative word – perhaps too caught out by Archer’s variations, planning the film order for the flight home, or just some minor lapse in concentration after more than 340 overs of toil in the field across the two tests, down it went.

In last week’s column we celebrated the form of Marnus Labuschagne and remained rather silent on David Warner, with whom he had already put on 423 runs in two attempts as Australia opened up their Test summer against Pakistan. At the time of writing, Warner was even 40 runs ahead of his junior colleague, having scored 166 of Australia’s 302 runs by the close of the first day.

Warner must have got wind of his exclusion, making us look rather foolish by firstly outlasting his colleague – Labuschagne fell in the 11th over of day two for 162 – before seizing full control of the struggling Pakistan attack and becoming the first man to chalk up a Test triple-century against a pink ball, claiming the highest individual Test knock of the decade in the process.

But it would be far too easy to celebrate Warner's unbeaten innings of 335. Instead, we must – like even the Australian board's own website cricket.com.au – ask how Warner had the cheek to score a 335th run and thus overtake the country's previous second-best score, held jointly by Don Bradman and Mark Taylor.

Never mind Matthew Hayden, who scored a then-record 380 in his Baggy Green against Zimbabwe in 2003. Forget Brian Lara, a man so allegedly disrespectful he passed Bradman's best on two separate Test occasions – even he was rooting for Warner to spend another hour or so at the crease and chase down his 15-year-old record.

Perhaps it is Warner's well-earned reputation as the bad boy of Australian cricket that makes some see his feat as an act of sacrilege, but the man himself says any angry Bradman fans should take the issue up with skipper Tim Paine, who had pledged to declare at 5.40pm and let his quicks loose regardless of the state of the game.