SAM MORSHEAD: The most peculiar aspect of The Hundred is the apparent lack of empathy for the very real sense of disenfranchisement felt by existing cricket fans across the country 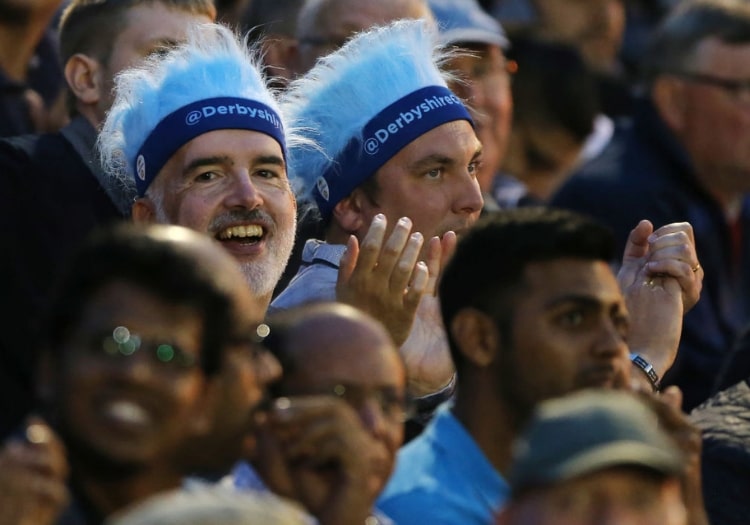 There is a lot of strangeness about The Hundred.

From the haphazard announcement of its creation and the scattergun communications since to the very public trial-and-error process by which the rules seem to have been drawn up, the PR strategy behind the ECB’s soon-to-be-flagship concept could quite easily have been the product of a boozy lunch between Tom Harrison and Alan Partridge.

“Idea for a new competition,” as Steve Coogan’s hapless character would mumble into his dictaphone. “Women and children will love it. Back of the nets.”

You can imagine the scribbles on the back of a Travel Tavern paper napkin.

Insist research proves there is a gap for a fourth format in a world where three already feels gluttonous yet fail to offer the data for general scrutiny over an 11-month period? Tick. 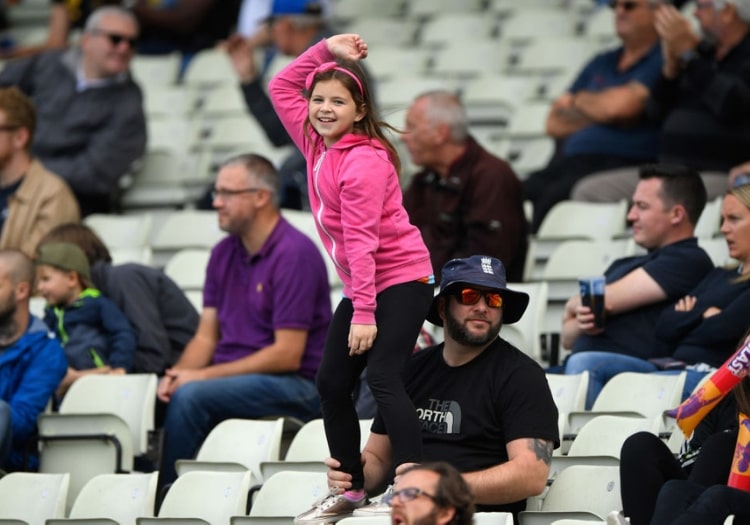 The ECB are seeking a new audience with The Hundred

Claim the game needs to be shorter to keep a hold on the attention spans of the modern yoof but introduce actual commercial breaks into the middle of an innings? Yup.

Fall out with your most powerful county ally because they have the gall to question it? You betcha.

Most peculiar of all, though, is the apparent lack of empathy for the very real sense of disenfranchisement felt by existing cricket fans across the country.

It is not an exaggeration to say the ECB’s brainchild is wildly unpopular - an online poll of The Cricketer’s readers recently revealed that just 12 per cent supported the new competition - yet the governing body have ploughed ahead with their own intrinsically flawed plan, like the rogue dictator of a central African state. Or the current Prime Minister.

The campaign began with a poorly coordinated launch, littered itself with mixed messages and then proceeded to become entirely deaf to criticism.

"When it comes to self-flagellation, English cricket is rapidly becoming the Silas of the sporting world; always thinking it has done wrong, always punishing itself for sins that only it sees"

We are surely just weeks away from being told that The Hundred means The Hundred.

More recently, Harrison has tried to present the competition as a genuine option for county regulars which, while an admirable sentiment, only goes to suggest that both he and his advisors have spent next to no time drilling down through the various blogs, forums and social media accounts belonging to diehards of the domestic game.

There, opinion is very close to universal: The Hundred is not welcome.

None of this is to say the ECB’s decision-makers do not necessarily want what they consider to be the best for the game - interpretations of what exactly “the best” means differ substantially from person to person, depending on commercial imperatives and the like - but the persistent refusal to acknowledge the thoughts and fears of the cricket-going public of England and Wales (you know, the ones most likely to attend games, put money behind the bar and wrap their children in merchandise) is totally perplexing. 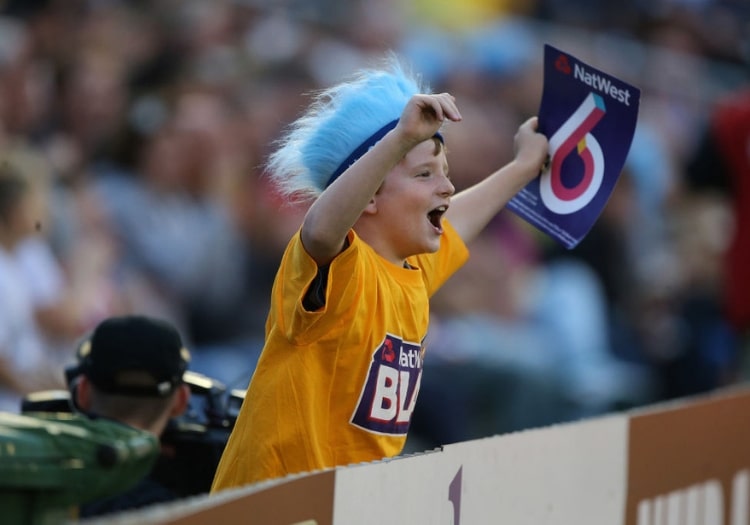 The Hundred will come into operation from next year

The ECB have made little attempt to achieve anything close to what politics refers to as losers’ consent - a seal of reluctant approval from those who ultimately are not getting what they want, usually achieved by involving all parties in the conversation - and now discussion about The Hundred has become one-way.

Some arguments have gone as far as to suggest not getting behind the new competition in all its ambiguous glory is a vote for cricket’s demise, which is tangled rhetoric on a par with claims that Brexit voters cast their ballots purely to punish a younger generation (it is quite tough to believe the vast majority of the sport’s fanbase want the game they love to fail, after all).

Others have made the ham-fisted assertion that radical changes in the game are critical to avoid a fast and painful death, happily overlooking the seismic success of the pre-expansion Big Bash and IPL, and relative success of the CPL, PSL and various other franchise leagues (let’s not forget that the Vitality Blast has hit record attendance figures in two consecutive seasons).

"It is that combination of condescension, coercion and claptrap which will turn these folk away from the game, at the very time when the governing body is desperately doing all they can to attract fresh blood"

When it comes to self-flagellation, English cricket is rapidly becoming the Silas of the sporting world; always thinking it has done wrong, always punishing itself for sins that only it sees.

The ECB are placing The Hundred at the epicentre of their five-year plan for the 2020-24 period, during which time they intend to engage a new audience with the sport. Primarily, this audience is metropolitan, young and ethnically diverse. That is a fantastic initiative.

It is an attempt to reach into the realm of men, women and children who otherwise have not been engaged by the game for reasons of accessibility, perception or cost. It will bring the sport back from behind the deep, dark shadow of the Sky paywall, too. There is absolutely nothing wrong with that.

There is something wrong, however, with abandoning your core demographic in its pursuit. 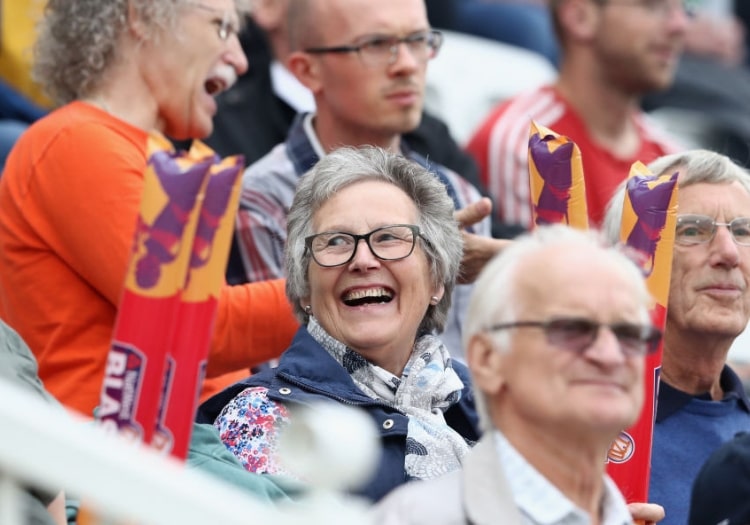 Some existing cricket fans are feeling disenfranchised by the new competition

Right now, there is a growing feeling among cricket’s existing fanbase that the game is at best ignoring their concerns, and at worst forgetting them altogether.

Those blogs and tweets tell the story of men and women who feel like they are being barked at and told what to think, who feel as though the game they grew up with is slipping out of their fingers.

This feeling can come from the price of a seat at Lord’s rising to as much as £150 per day during the Ashes, to amateur cricketers being told by pros via Twitter that the only way of preserving their clubs is to chop all matches down to T20 or shorter, to the ECB’s careless approach to bringing The Hundred to life, and many other ways besides.

It is that combination of condescension, coercion and claptrap which will turn these folk away from the game, at the very time when the governing body is desperately doing all they can to attract fresh blood.

The ECB, leading figures in the commercial cricket world and the enthusiastic advocates of The Hundred among the playing ranks might believe that the men and women who are so staunchly against the new competition are doom-mongers; backwards-facing and overly-resistant to change.

But, actually, they are fans. The sport needs them. And it needs to listen to them, too.