Bowlers will return to action first, with batsmen due to follow a fortnight later. In total, a group of around 30 players - from within the centrally-contracted pool and from the county system - will be selected to take part

England’s players will return to training from Monday, as the ECB take the first tentative step towards the proposed behind-closed-doors series against West Indies in July.

Following the government’s release of guidelines for elite athletes earlier this week, the governing body has confirmed that a number of players will be involved in one-on-one training environments at county grounds across the country from May 18.

Bowlers will return to action first, with batsmen due to follow a fortnight later. In total, a group of around 30 players - from within the centrally-contracted pool and from the county system - will be selected to take part.

“Given we are planning for the strictest of conditions behind closed doors, we will need to take a bigger group of players in with us,” managing director of England men’s cricket Ashley Giles said.

“That might be injuries, net bowlers, for practice matches… with a red-ball focus first. The white-ball focus will follow.”

The ECB has yet to confirm the identities of the group, but it is likely to include those on pace bowling development contracts - Olly Stone, Saqib Mahmood and Craig Overton - as well as high-performing county players, in addition to those with red-ball central contracts.

Seven venues will be used during the initial two weeks of training, with county network coaches and their ECB counterparts being stationed around the country. Paul Collingwood, for example, could look after Ben Stokes and Mark Wood in Durham, England Under 19 coach Jon Lewis may be seconded to Hove, and Somerset’s Marcus Trescothick could oversee proceedings in Taunton.

Once the batsmen have restarted their training programmes at the beginning of June, as many as 11 grounds will be in use.

As per the government’s “step one” guidelines, players will have to opt in to the new arrangements. Those who are caring for extremely vulnerable relatives or who have underlying health conditions themselves - such as left-arm spinner Jack Leach, who suffers from Crohn’s disease, takes immunosuppressants, and was struck down by sepsis during the winter tour of New Zealand - are advised in the government document not to resume training. 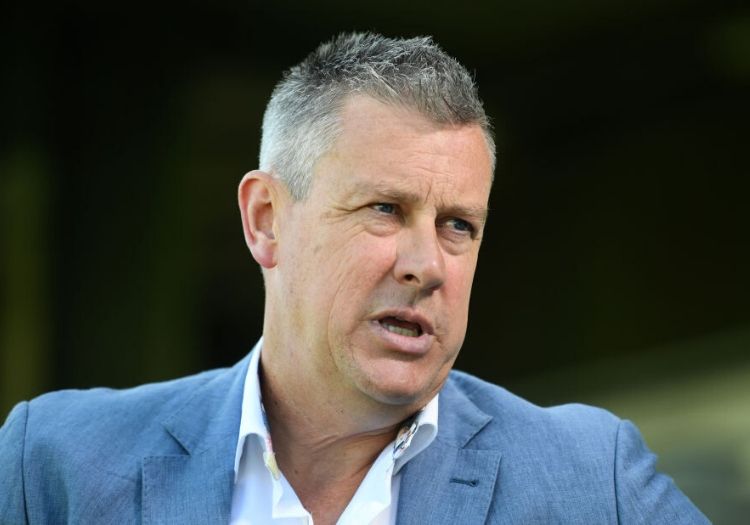 “We are not going to force anyone back to training or play if they are not comfortable,” Giles said.

“When we’re in this first phase, actually if people are leading normal lives at the moment and going shopping, this should be a safer environment than even doing that.

“We will certainly carry out the right risk assessments at all the venues we use, we will make sure all the staff are trained, that we have the right equipment in place. We will make sure everything is there for the guys to go about the business, as much as it’s not normal, as safely as possible.”

Those who do return will do so at staggered times, to minimise contact with others. Facemasks will not be obligatory during one-on-one training, though social distancing will be strictly imposed, and all involved - coach, physio, strength and conditioning lead and player - will be expected to arrive ready to practise and change off-site.

The ECB will source and fund the necessary personal protective equipment (PPE) for physios on the ground, and will underwrite the costs of any county players or staff being taken off furlough as part of the process.

Everyone taking part in the training programme will have to fill out a questionnaire and undergo a temperature test before entering the premises each day - a government-mandated minimum requirement.

“Any return to cricket has to be safe,” Giles said. “Step one is very clearly individual training. In many ways we should be able to get the control of the environments right so that it is safer to go to practice than it is to go down to the supermarket.

“We’ll wait on guidelines for step two and step three.”

Discussions with Cricket West Indies over the possibility of a three-Test tour continue. Applications from potential bio-secure host venues for the series have been received by the ECB, with counties expecting a decision later this week.

Those with on-site hotels, such as the Ageas Bowl in Southampton and Emirates Old Trafford in Manchester, would appear to be the most logical options.

None of this will be possible, however, without the government moving their elite sport guidelines on to steps two and three, which will facilitate behind-closed-doors events.

Equally, the players from England and West Indies must be convinced that staging a series will be safe. It is the ECB’s intention at present to find a way of allowing players to see family during the proposed 10-week period of international cricket.

England’s women, meanwhile, are unlikely to return to training until late June. Series against South Africa and India are looking increasingly fragile.