The moral of the story at the Oval? Don't judge a game before it's been covered

HUW TURBERVILL AT THE KIA OVAL: I've been tinkering with an analogy that Surrey are like the Harlem Globetrotters: super-skilled, talent in abundance, but when you put them together as a team, for some reason it does not work. Today, it just clicked 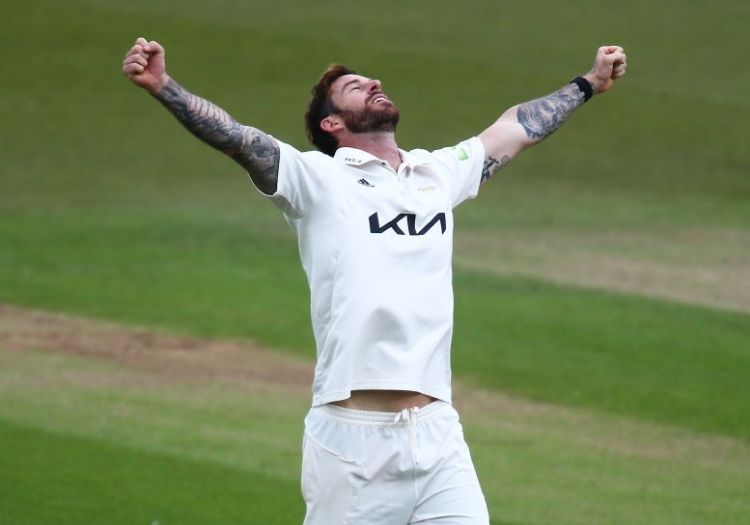 However much preparation for a day’s reporting at the cricket you do, sometimes things do not go to plan.

Surrey were county champions in 2018 but their red-ball form since then has not been great, to say the least.

For the last week I’ve been tinkering with an analogy that they are like the Harlem Globetrotters: super-skilled, talent in abundance, but when you put them together as a team, for some reason it does not work. The legendary basketball outfit have all the tricks but wouldn’t beat an NBA side, for instance.

Just about every member of Surrey’s squad either is an international cricketer, was, or is knocking on the door. But for some time it has not gelled. This season they have lost to Gloucestershire and Middlesex, and drawn with Leicestershire on an absolute road at the Kia Oval.

Thursday was the day it clicked, certainly for their bowling unit and their out-of-touch overseas batsman, anyhow.

For as long as I can recall Surrey have rotated their quicks: they are the Claudio Ranieri of county cricket. Stuart Meaker observed that he felt as if he was competing with 16 other seamers before he joined Sussex. 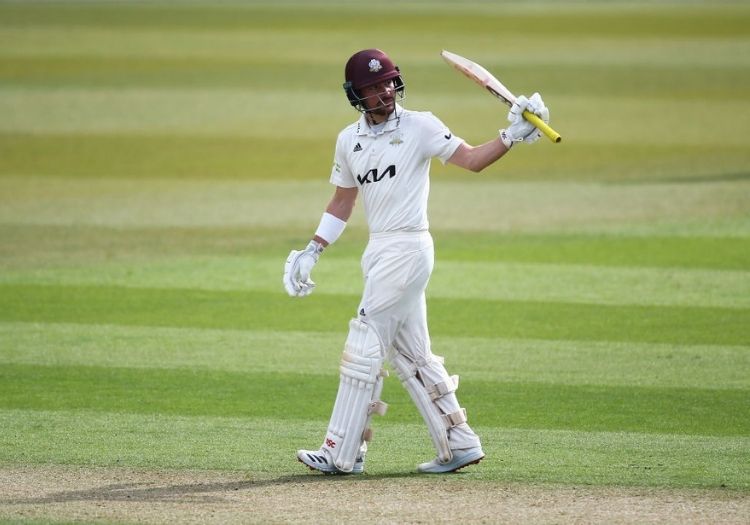 Rory Burns made a half-century on day one

Their best bowler so far this season, Reece Topley, needs protecting after a rotten run of injuries. He has played twice but is not appearing here. Gus Atkinson and Matt Dunn have had just the one appearance so far. Conor McKerr has not been seen at all.

They opened with Jamie Overton and Kemar Roach, both new signings, neither of whom have set the world alight so far.

It took them about 40 minutes to realise that actually the muggy conditions, with the floodlights on, and the greenish pitch, would better suit Jordan Clark and Rikki Clarke.

It was catching practice off Clark as all six victims were pouched by wicketkeeper Ben Foakes or the slip cordon.

Sam Northeast, who has been in good nick this season, with 63 and 118 against Middlesex, was taken at second by Clarke.

Captain James Vince, who began the season in scorching form despite the snow with 231 against Leicestershire, was caught third ball by Foakes.

Clark, 27, may be 6ft 4ins but he found the perfect length. He struggled in the opening match against Gloucestershire, with match figures of 0 for 108, but since then has looked potent. There were also two wickets for Roach.

It was quite a shock for Hampshire, who beat Leicestershire and Middlesex and drew with Gloucestershire.

There were expectations that Hampshire had the perfect duo to exploit the conditions in retaliation – Mohammad Abbas and Kyle Abbott – but Surrey got off to a romping start.

The usually fiendishly accurate Abbas pitched it on Rory Burns’ leg stump three times in his opening over, and paid the penalty on each occasion. Burns has not been in bad nick this summer so far as he looks to recapture his Test spot after a difficult tour in India – he made 74 against Gloucestershire at Bristol and 54 versus Middlesex at Lord’s; he batted exceptionally well here, however, finishing on 61 not out as bad light stopped play. His judgement outside off stump was superb. An immensely pleasing day for Surrey’s captain.

Although Mark Stoneman’s disappointing run continued, Hashim Amla returned to form. He has made three ducks so far this season and managed only 78 runs in five innings, but he struck nine fours in a classy unbeaten 59. Check the highlights on YouTube. Surrey are already 39 ahead.

So far this season, Hampshire destroyed Middlesex, who thumped Surrey, who now have Hampshire on the back foot.

In many ways Thursday's play shows how the conference system has opened things up.